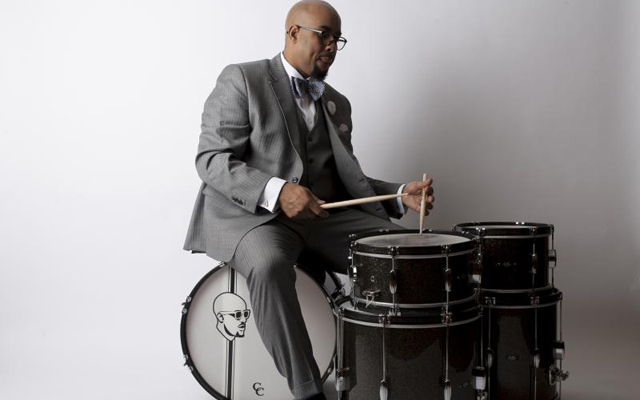 On the 17th of September 2018 the legendary Sheila Jordan announced that she “had (my) second night at The Willis Show Bar in Detroit cancelled due to lack of reservations. I am a bit put down but only because this is my home town and where jazz started for me back in the mid-forties.” Listening to Henry Conerway III and his trio – also a Detroiter – it’s hard to square that away with what happened to the great Miss Jordan who has been preaching the Jazz Gospel according her beloved friend Charlie Parker for decades now. But then again, when listening to this young drummer cry the blues with his exceptional trio of pianist Kenny Banks Jr. and bassist Kevin Smith one is hopes that the legacy of the ancestors being kept alive in the finest tradition by these three young men will prevail just as Miss Jordan’s has; and the prognosis is good… 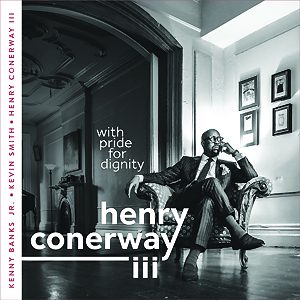 For it’s no surprise that one will be stunned into reverential silence from the very opening chords of “With Pride for Dignity”, a chart written by the pianist, and which in the grand manner of a glorious Negro Spiritual. And all at once you are introduced to more than the extraordinary musicianship of the members of this trio but by the powerful humanity of the African American idiom as practiced by three of its creators in a manner than can never be usurped by anyone, no matter what the their technical skill. And this is true for one simple reason: played by this trio this is a highly personal creation of great solemnity, resembling a declamatory cry of jubilation in which powerful writing and modal harmonies is expressed with a raw and primitive yet eloquent and sophisticated edge. In this performance not only is a unique ethos expressed in a singular manner, but as the song unfolds you become part of a magical event as a straight line is drawn from the Music’s beginnings right down to today.

However, just because that (title) song expresses the quintessential power of this music it is not where the story actually begins. That lift-off is experienced in Ray Brown’s “Slippery” the mighty effervescence of which first ignites the music of this album. The repertoire continues with lesser known gems being revealed at every turn. The first of these is “Sugar Ray” by an all but forgotten piano wizard Phineas Newborn and then there is “Gingerbread Boy” by the irrepressible Jimmy Heath. Swing is king in both charts; as is the case in every other track on this glorious Jazz record. Each is a finely judged and sensitively nuanced performance with Mr Conerway emphasizing the might of his music in the warm lyricism of his solo break on a breathtakingly interpreted version of Duke Ellington’s “Cottontail”.

The mostly three-way dissertation of Jazz continues unto the end of the recording when Mr Conerway III breaks away with an astonishing stylistic change of direction: the bold gestures of his most radical statements being expressed by a seemingly introspective language of poetic meditation in which complex coded rhythmic allusions are woven into the fabric of “Carvin’s Agreement”. In this sort of Platonic dialogue between the solo drums and Mr Conerway’s mentor Michael Carvin, who also produced this record we hear the majestic command and control that Mr Conerway III has over his instrument – the drums – which he plays in a dazzling display of polyrhythms.