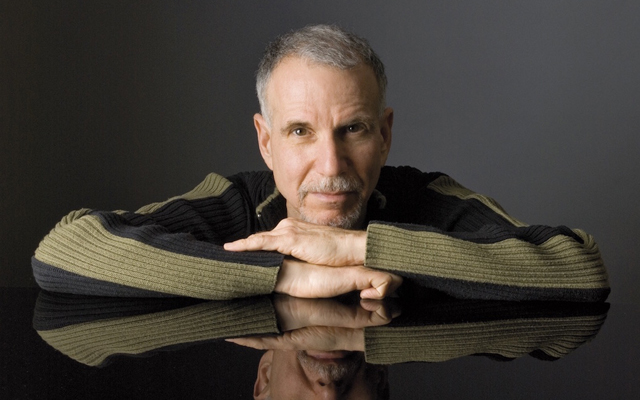 In the Aristotelian worldview bodies undergo growth and decay, and continue in their natural, linear motion until they reach their goal, which is presumably at a great distance. In the quintessence of music – as in the excavations of latter day paleontologists – the movement of musical notes are never arrested at journey’s end, but simply return to the beginning and, in an eternal coda, refreshed and renewed start their innovative journey all over again. Better by Far, a breathtakingly beautiful set of music by Marc Copland not only appears to ascribe to this worldview, but also suggests that every new journey is just as the title implies, is “Better by Far”.

Despite its quietude this music is gripping. It grabs you all the tighter if you undertake your listening journey by first reading Bill Zavatsky’s poem in the centre of the booklet. The poet weaves the Aristotelian worldview into a woof of contemporarily spun yarn and Marc Copland takes both threads and weaves them into his own fabulous tapestry. Along the way, Copland conjures ethereal melodies 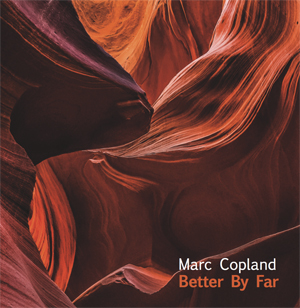 and Ralph Alessi performs contrapuntal gymnastics, while Drew Gress and Joey Baron keep the heart of it all beating to the rhythm of a peripatetic humanity. Jazz, the poet says, never stops singing; “takes a breath but/Never stops breathing…”

Throughout the hour-and-some of music on this disc, Marc Copland takes this music on an iterant journey of its own. It picks up the thread in “Day and Night”, whose endless cycle begins in a seemingly celestial glow and warmth, and ends in this first leg of its journey in depths of proverbial, inky blackness, only to begin again, (in) “Better by Far”. Through it all, Copland, together with Alessi, Gress and Baron continue on their undulating expedition, creating marvelous musical sculptures out of thin air. This puts a singular stamp on the supremely impressive artistry of Marc Copland.

Copland’s piano imitates astounding vocal expression, leaning into those soft onomatopoeic sighs with heartrending subtlety. Meanwhile Alessi’s trumpet playing steps up to this mark with great panache, displaying his impressive versatility. In “Evidence” Alessi helps Copland in proving his point about the vocalastics of his pianism as he (Alessi) does for tone what Copland does with the application of darker hues without affecting pitch. In fact the whole of Copland’s team play with a stylish fluency that negotiates various staggeringly intricate manoeuvres with wonderful flair.