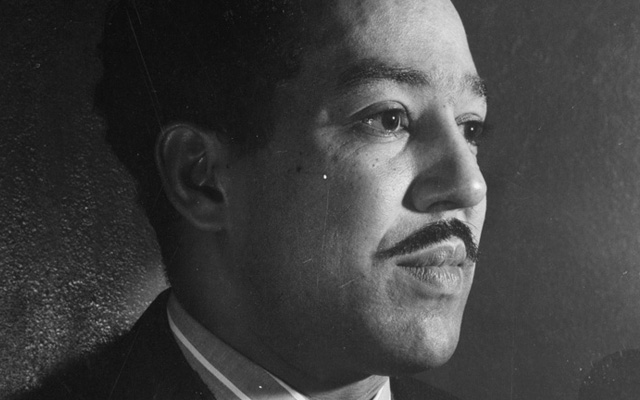 Every month ought to be Black History Month until the re-education of society – especially society in Eurocentric civilisations – is complete. Some socialists sneer at the thought, calling it reverse racism, but how else do you explain the fact that strange fruit still hangs from trees? It’s figurative, of course. Nevertheless, remember Trayvon Martin and all the others that have follow as the hands and the guns of the police and nice, ordinary people bring sudden and brutal in-justice at the drop of a hat? So, yes, every month ought to be Black History Month. In fact, everyday ought to be Black History Day. After all it was during the Miocene Epoch – between 5 and 20 million years ago – when Africa became the cradle of all humanity; when those that remained there stayed proudly black while others who migrated slowly turned brown, red, yellow and white. Listen: the facts of history – by which I mean real facts – are not are not going to change just because it’s still okay for the ignorant among us say so. What a good time to listen to Langston Hughes, as interpreted by Louis Rosen for instance. 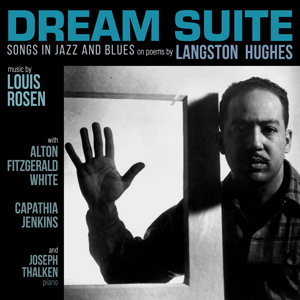 This effort by Louis Rosen effort to bring the poetry of Langston Hughes back to life highlights something new to be found in Hughes work: a lyricism that lends itself to Lieder and, in the melismatic curves of Capathia Jenkins and Alton Fitzgerald White, a case for Hughes’ words to be food for modern arias as well. The thesis is a very tall proposition: to recreate, if you will, operatic scores from Songs in Jazz and Blues on the poems by Langston Hughes. The poet once hinted of the possibility when he wrote the poem “Cultural Exchange” (“Ask Your Mama – Twelve Moods For Jazz”, 1961). The poem seems to propose an imaginary subversion of the state of affairs in America, especially when it comes to the roles ascribed to black and white in a slavery-based society.

“In the Quarter of the Negroes
Where the doorknob lets in Lieder
More than German ever bore,
Her yesterday past grandpa–
Not of her own doing–
In a pot of collard greens
Is gently stewing…
***
“In the pot behind the paper doors
on the old iron stove what’s cooking?
What’s smelling, Leontyne?
Lieder, lovely Lieder
And a leaf of collard green.
Lovely Lieder, Leontyne.
“You know, right at Christmas
They asked me if my blackness,
Would it rub off?
I said, Ask your mama…”

The poem is twelve stanzas long and is not part of the repertoire. I wish it were because in many respects it sets the tone for all of Langston Hughes’ work, which forms the backdrop for Black History Month year after year after year. It was not the intention of Louis Rosen to present this disc as a one to be played during February of each year, but one cannot help being reminded of the socio-political canvas that acts as a backdrop to Langston Hughes’ poetry. But there are more visceral works that Louis Rosen explores on this disc. “Lullaby Foe A Black Mother” and “Song For Billie Holliday” is another. Both poems are set to exquisite music by Rosen. Moreover, Jenkins and Fitzgerald White bring them to life in the most unforgettable manner. In these recreations of Hughes’ work, as in every other one on the disc, Rosen provides us with his intent: to create a recording that would produce enough sense of theatre for home listening. In doing so, he spent an enormous amount of time with Jenkins, Fitzgerald White and the pianist Joseph Thalken: there’s hardly a word, metaphor, line or verse, sung or played ,that doesn’t feel as though it’s been carefully removed, cleaned, polished and replaced. The results are bracing, with a vibrancy and visceral buzz that is often undeniably exciting. Capathia Jenkins’ sometimes smoky, but always sinuous contralto is refined, convincing and aristocratic. Alton Fitzgerald White is no less a distinguished voice and his bluesy accomplishments are exquisitely highlighted on “Harlem Night Song”, “Dream Suite” and most especially on “Gold and Brown”.

The fact that the work of Langston Hughes is still alive – and that of the great women poets Nikki Giovanni, Gwendolyn Brooks and Maya Angelou – at a time when the changing aural topography of Black poetry is reflected in the growth of Rap and Hip Hop, to complement its original idiom, Blues and Jazz – is rather curious. It does not mean that the estate of Hughes is being benefitted by this phenomenon, but it is still good news. It means that despite dwelling in the ghettoized underbelly of Western society, Black History, is thriving. And with it so is the work of the other men and women of Native Black Culture. So Langston Hughes’ work lives in its recorded form not only in the performances he left behind for HarperCollins to publish (Essential Hughes Caedmon, 1962, 1964), and even before that in the iconic recordings of Charles Mingus (A Modern Jazz Symposium of Music and Poetry {Bethlehem, 1957} and Weary Blues {MGM E, 1958 and Verve, 1966}). There was also For Langston (Arthur Circle Music, 2013), a glorious recording by the brilliant guitarist Ken Hatfield and his Sextet with indescribably beautiful vocals by Hilary Gardner. Dream Suite-Songs in Jazz and Blues on Poems by Langston Hughes by guitarists and composer, Louis Rosen sits well in this celebrated company, thanks in no small measure to performances straight from the heart by Capathia Jenkins, Alton Fitzgerald White and Joseph Thalken.