Home Masthead “Die I could, but not now, not this time…” 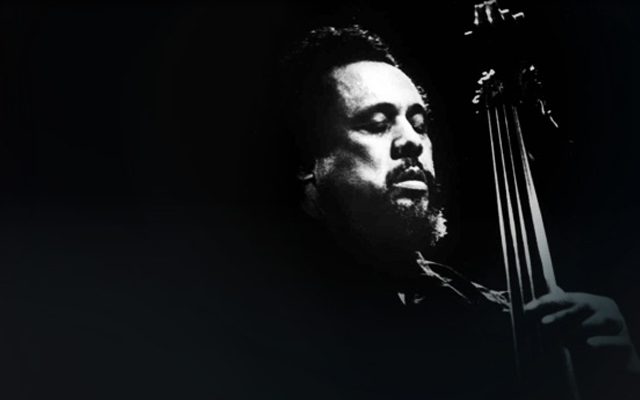 What follows is the complete poem, a meditation on “Half-Mast Inhibition” a song that Charles Mingus wrote in 1941. I first made the transcription for this poem in 1989. It was from a vinyl of Pre-Bird Mingus (Mercury, 1960, Prod: Leonard Feather). I was struck not only by the music, but particularly moved by Mingus’ feelings about death.

Spurred on by what Mingus told Leonard Feather, who wrote the liner notes for the album. In it Mingus describes his state of mind as a nineteen-year-old, listening to Richard Strauss’ Tod und Verklärung: “I don’t know how I got all with death other than religiously… I was always talented as a writer. I couldn’t spell and all that, but they would clean it up for me.” In late 1939, Mingus met the artists Taylor Farwell, who introduced him to Karma Yoga. “I learned through meditation the will to control, and actually feel calmness. I found that made me think I could die if I wanted to. And I used to work at it. Not death and destruction, but just to will yourself to death.” In 1940, at the age of eighteen, Mingus began working on a piece of music. He finished it one day in 1941 and, he says, lay down to die. “I had a little thing in there like ‘jingle bells, jingle bells’… not funny style but because it represented Christmas and Christ. While I was lying there, I got to the point that it scared me, and I decided I wasn’t ready. And ever since, actually, I’ve been running, because I saw something I didn’t want to see. I felt I was too young to reach this point…”

In my poem that follows, I can only imagine what Charles Mingus didn’t see; the reality of what he was returning to. It is, as I imagine the reality he was returned to in the last line of my poetic relocation of Mingus’ epic work… the reality which stares us in the face until this day…

HALF-MAST INHIBITION
“Die I could, but not now, not this time…”

Look here it comes…one…two…three…all the way down to seventeen
Every year…A…B…C… Mama, hear me cry… Oh Lord… Take me down
Take me home… Hold my hand… Take this black and broken body
Take this hopeless soul…Restless and roaming… like the devils got control
I do not know… I will never know who brought me here… How this came to be

Horns and brass… timbre of woodwinds and of bass… My bass…Tuba…Reese
Did you know I see Bartok now? And Beethoven… Underscore…
Get behind me now… Do as I saw in New Orleans… Must be Buddy there
The black blur I see… Is it any wonder I see every black and restless
Nigger soul… Beckoning me come home to a grave, dark and damp… Slave