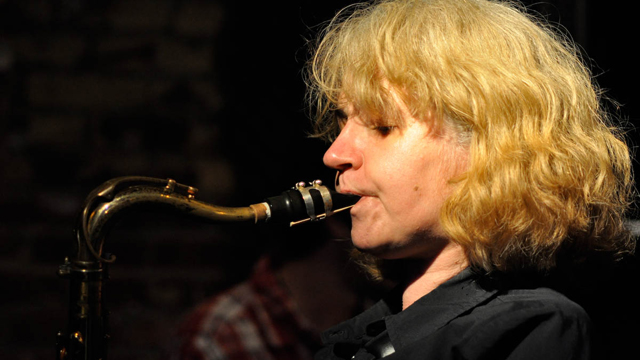 Lena Bloch’s long-overdue debut record, Feathery is quite remarkable. It and a patrician ideal in her great love of the music of Lee Konitz and Warne Marsh. Yet she is her own person. What poetic intensity especially in the slower pieces on Feathery. What superb articulacy in her own beautiful “Hi-Lee” a flutteringly brilliant “Starry-Eyed” and “Marshmallow. And what awe-inspiring assurance and uncanny technical perfection in the treacherous counterpoint of “Featherbed”! Her glissando is light, his sonority “white” and crystalline and if there is a little of Warne Marsh’s careless rapture or Lee Konitz’s propensity for mischief-making in the twists and turns of his dry and difficult pieces, Ms. Bloch displays flawless balance of sense and sensibility. All lovers of the tenor saxophone and its practitioners old and new will need to add this to their collection together with anything she is likely to do in the near or far future. 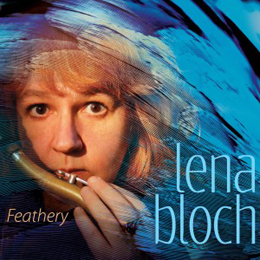 The recording captures much of the pristine sound of Lena Bloch’s playing and there are sensible gaps between soli on each song. This allows the listener to recover his breath before the start of the next marvel. Each of these is a fluent, sensitive and civilised wonder that only the elusive genius of this diminutive saxophonist could master and play to perfection. There is magical idiosyncrasy and soaring eloquence in her cool playing. This is perfectly matched with the sliding and angular guitar of Dave Miller and the astounding attack of bassist Cameron Brown who cuts to the quick when called upon to break from ensemble playing into one of his growling virtuoso soli. In keeping with his mastery of the drums, Billy Mintz plays with exceptional intellect while spinning out the increasingly elaborate right hand cantilenas with ingenious shadings and ultra-discreet paraphrasing of tempi.

The result is one of almost pure delight. Anyone familiar with the tenor saxophone will marvel at the almost mystical playing that comes from the spiritual centre of gravity of Lena Bloch’s playing. She is profoundly suggestive where she needs to be – in her re-imagination of Gene de Paul’s “Star Eyes”, which she calls, naturally, “Starry-Eyed” for instance – which is played in a lilting and smokey incense-laden manner. What heartfelt anguish in “Farewell to Arms”. What propulsion in her rendition of Ted Brown’s “Featherbed”, where it feels at times that she and guitarist are chasing each other with colourful and hair-raising counterpoint. Whether absorbed in the propulsion of that piece or in the blurry magic of the others in her repertoire Ms. Bloch keeps everything smartly moving with cool clarity. Her playing throughout is subtle and filled with great sleight-of-hand. At every turn Lena Bloch rivets your attention. She also shows a high degree of charm and affection for the notes accompanying each melody. Tom Tedesco’s engineered sound is exemplary, matching the performances in clarity and warmth.