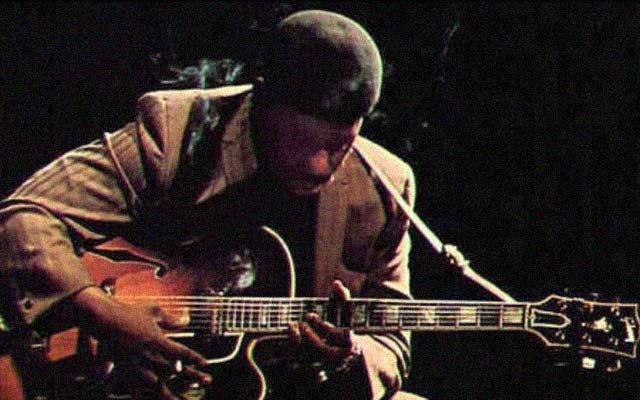 There is every likelihood that this new Resonance Records release of perhaps the rarest of rare Wes Montgomery recordings In The Beginning could be their most famed offering yet. These early recordings represent, as the title suggests, some of the earliest recordings made by Wes Montgomery between 1949 and 1958. The two disc set features Mr. Montgomery’s crack cast, playing that really plumbs the works’ multiple depths by the prodigiously talented guitarist. There is a visceral excitement about these works. And, of course, in the hands of Fran Gala and George Klabin (and Producer Zev Feldman, of course) there is a multilayered sophistication (what masterful technologies are at work here) about the recording. 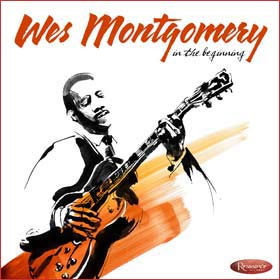 Wes Montgomery plays the all-important solos gloriously. Remember these came hot on the heels of some of Charlie Christian’s late work, so even when the grand master’s technique had rubbed off onto the younger guitarist, Wes Montgomery can also be heard to have developed a virtuoso voice all his own. It is fifty-six years since the earliest of these performances, and despite the fact that they were recorded in a then-amateur setting there is an incredible depth to them. Granted that the magic of the Resonance team must have greatly enhanced tone and texture, there is a sense that Mr. Montgomery even then had a sense of wondrous tone colours and the timbre of his instrument.

You cannot help but notice how song after song – especially on tracks such as “What is There to Say?” and “Django”, and “I Should Care” (a rare and beautiful duet with Debbie Andrews) on disc 1 and “Smooth Evening” on disc 2, Wes Montgomery conveys the gradual transition from the self-conscious sorrow of the blues to aristocratic open-hearted exultation. He is stretched occasionally, but few guitarists are as movingly communicative – and he sends himself up wonderfully as the prince of guitarists, playing his part well. He can also be similarly subtle with melodies and his superb monochrome, grainy tenor offers many sensual delights. Even today, in an ever-growing field of that day Wes Montgomery’s impassioned, vocally resplendent style is rivalled only by Charlie Christian.

The secondary cast of the Montgomery brothers and some Wes Montgomery regulars, such as Alonzo “Pookie” Johnson and Melvin Rhyne is outstanding – not the least in following the music’s meticulous dynamic markings. Their solos – at once glassy and creamy – remain serenely unruffled throughout even when Wes Montgomery pushes them hard. Just listen to “My Heart Stood Still” and you will have a measure of how magnificent the guitarist’s accompanists are. On slower numbers the tenor saxophonists play with richer, fuller timbre, straightforwardly heroic and ringing. But then you have the finest of fine cues from Mr. Montgomery to go by. Still it is clear that the guitarist surrounded himself with instrumentalists who are clearly supremely refined and musical.

There is a growing trend for restoration of otherwise unavailable – even “lost” – sessions by the great ancestors of this music. Remarkable many of the big labels such as Universal, BMG and EMI appear to have given up on this activity and it has fallen upon more boutique labels such as Mosaic and Resonance to keep the music’s history alive. For the record, no one seems to be doing it as well as both the above with crystalline accounts and a stereo sound that is clean so you can feel the presence of the musicians in the room with you.