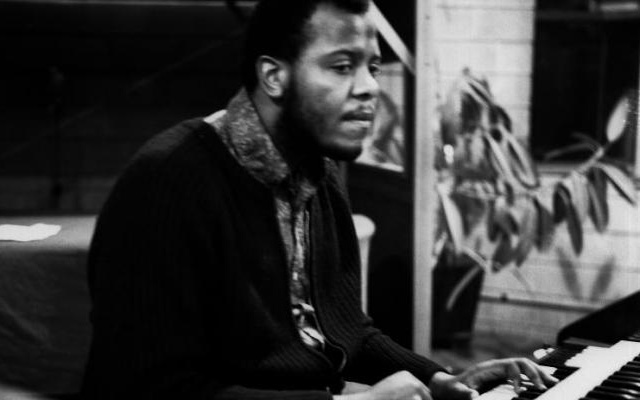 If ever there was a jazz musician who appears to be almost as forgotten as the great pianist Herbie Nichols, it is the organist Larry Young. Recording bins are flooded with recordings by Joey DeFrancesco and other Hammond B3 organists and seem to overwhelm the history of the organ in jazz, seemingly pushing into the background great organists such as Jimmy Smith and to a much larger extent Larry Young. However the musical cognoscenti know well the indelible contributions made by – specifically – these two organists. Of the two, Jimmy Smith was more attracted to the swing of the so-called ‘straight-ahead’ jazz building a rapport with men like Wes Montgomery. Larry Young was more adventurous as he began to develop his own voice informed by a floating sound that came from the ethereal suggestion of overtones suggesting lead and background voice all in one. During the course of his short career, Larry Young, who later came to be called Khalid Yasin, was drawn early to the music of John Coltrane, but later to Miles Davis with whom he made two recordings: Bitches Brew and Big Fun. Young even made an iconic recording with Jimi Hendrix before both men died. 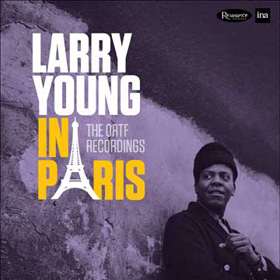 Larry Young was a seminal figure in Jazz. The organist ploughed a lonely furrow often going the way that few musicians dared to go. But his genius also endeared him to Prestige and Blue Note, two labels that were in great demand in the 1950s and 1960s. And yet his repertoire seems small and elusive. Young did travel the world where Jazz was to die for, especially by musicians as fine as him. Europe offered many destinations for an iconic musician as Young. One of these stops was Paris. The wonderful recordings from 1964 and 1965 would have been stuck in a vault were it not for the sleuth-like work of Zev Feldman and resourcefulness of George Klabin (and in this case, Michael Cuscuna as well). The task of restoring them to the noteworthy standards of Resonance Records was, as usual, taken on by Klabin and Fran Gala – not such a tall order when you consider the fine work that Klabin has done for his non-profit label, Resonance Records and the mastering skills of Fran Gala as well.

As these recordings reveal, in the hands of Larry Young, the organ becomes a white-hot volcano of expression. Its formidable technical challenges are easily surmounted almost with nonchalance; the organist’s focus resolutely serving the score, not the mechanisms involved in performing it. Young has a particularly rewarding sense of rhythm, high sprung, light and incisive and entirely secure, which pays its way throughout this repertoire. But hearing him navigating through the massive improvisations as if they and their often bitter sweet grandeur were the most natural thing in the world leaves no doubt that the then 28-year old organist was, even then, to be watched, listened to and reckoned with. These two discs offer visceral performances that are articulate and atmospheric and confident – and when trumpeter Woody Shaw and tenor saxophonist Nathan Davis and Sonny Grey jump on the music becomes immaculate and poetic in tone and a touch orchestral in their delivery.

The discs offer not simply nearly two hours of fine music but music on an epic scale in thrill-a-minute dramas in music that is elegant, intelligently-paced and rock-solid in their delivery. Each song unfolds in a progression of brilliant ensemble passages peppered by memorable soli – for which you must listen to on ‘Black Nile’. The powerful fully-defined interpretations of the compositions pay rich dividends in the soaring, almost aria-like quality of the melodies. The orchestral-sounding playing, thanks to Young’s virtuoso performance on his chosen instrument have a surging spontaneity and plenty of visceral thrills. The organ’s articulation of the music presents delicate stresses and extended syllables thus not only ‘singing’ but also ‘speaking’ in a whole new language where Larry Young is heard In all his soulful delicacy and sparkling originality. To complete the wonderfully vivid picture, the restored sound is radiant, clear and detailed.