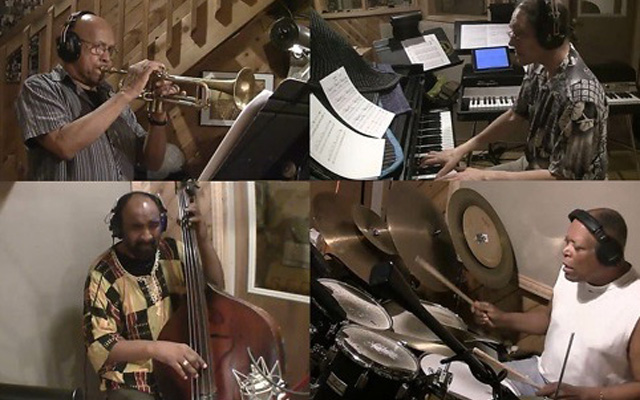 Keeping the history of Jazz alive is important. Human memory is shorter than one would imagine and some of the greatest moments in history – any history – are easily forgotten. Much more so with the historical moments in music. When Miles Davis created his music during his so-called ‘electric period’ several of his anointed musicians went on to create music influenced by this journey that Davis had taken them on. Chick Corea formed his Elektric Band, Wayne Shorter to co-found the iconic band Weather Report and, of course, Herbie Hancock rounded up some fine musicians to form his seminal Mwandishi band. Although we remember Weather Report and the music that Shorter, Zawinul and Pastorius created, and Chick Corea’s music, we often give short shrift to some of the greatest music in Herbie Hancock’s repertoire. 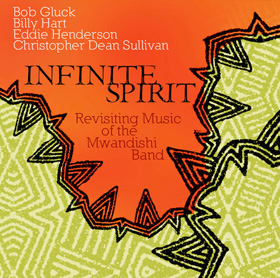 No longer. Bob Gluck, Jabali Billy Hart, Mganga Eddie Henderson and Christopher Dean Sullivan – piano, drums, trumpet and bass respectively have revisited the music of Herbie Hancock’s legendary band Mwandishi on Infinite Spirit – Revisiting Music of the Mwandishi Band, a record of almost primordial excitement that uncoils with a whiplash to present some of the finest music that you will hear on record this year. Admittedly this is Herbie Hancock’s and Bennie Maupin’s music originally but the visitation gives it fresh voice. Moreover there are two substantial works on the album including Mwandishi music: ‘Sideways’ is a track by Bob Gluck that morphs into Bennie Maupin’s ‘Quasar’ and Christopher Dean Sullivan’s ‘Spirit Unleashed’ is a mighty stand-alone track that seems to define the album.

Herbie Hancock’s Mwandishi band grew out of the music that Miles Davis introduced his pianist to. But Hancock seemed to also be under the influence of Sun Ra. Heliocentricity mingled with the Afrocentric if you will. Mwandishi’s music was unique and premiered musical styles we now know as drum-n-bass and dub. Hancock was so ahead of his time then as well as now, when he has revisited so-called ‘pop’ tunes and turned them into music with his inventive jazz signature. But even he (Hancock) found this Mwandishi music so irresistible that he returned to it years later to make Dis is Da Drum in 1994 and Future2Future in 2001.

This record, Infinite Spirit Revisiting Music of the Mwandishi Band is a masterpiece in concept and execution. This quartet plays Mwandishi music with exceptionally clean articulation in flashes of virtuosity, and elegance in lyricism. Each of the pieces is vividly characterised, with Gluck, Hart, Henderson (especially Henderson) and Sullivan running the gamut between dark turbulence and pastoral tranquility with absolute assurance. None of the musicians waste energy trying to find novel approaches – they simply let the music speak, exercising restraint where lesser musicians might take liberties. But their playing remains full-blooded and scintillating. Next to Bill Laswell’s historic Panthalassa – The Music of Miles Davis 1969 – 1974 Infinite Spirit – Revisiting Music of the Mwandishi Band is one of finest homages to the music of Herbie Hancock and that electrifying era.

Track List: Sleeping Giant; You Know When You Get There; Sideways/Quasar; Spirit Unleashed; Water Torture.