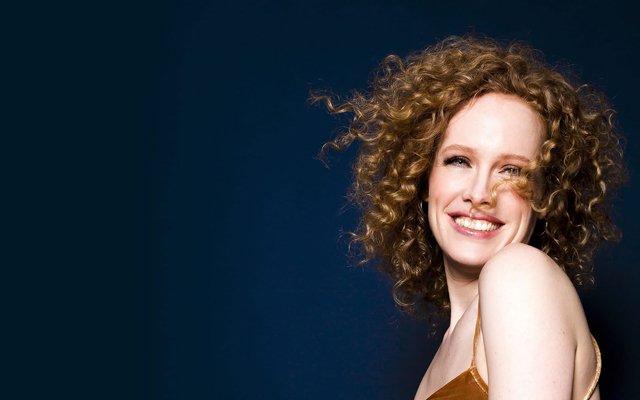 When after only a few minutes a near-operatic recording holds you in an iron grip, and the repertoire in question is one of the most profoundly affecting, you feel justifiably confident that performance out of the ordinary has reached CD. Smolder a recording by Kristen Lee Sergeant that explores the deeply emotional and sensual aspects of love in all its glory – its crests and troughs – has what it takes to earn the moniker of “masterpiece”. It’s a performance that has received critical acclaim in many quarters. Listening to it makes clear why. 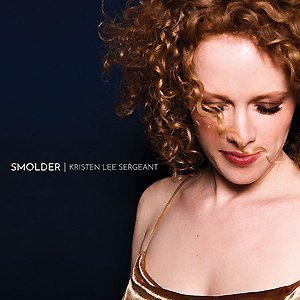 Miss Sergeant has approached – in just two recordings – the degree of maturity in relation to vocal performance – that many would take a much longer time. While one may not always “go along” (so to speak) with all of her interpretations. I, for one, believe that there is only one benchmark version of the 1954 song by Lionel Hampton and Sonny Burke, to which Johnny Mercer wrote these lyrics , and that is by Abbey Lincoln on Wholly Earth (Verve, 1998). Miss Sergeant’s version offers no comparison for the historic glories of Miss Lincoln’s. But it is a rare blip on the recording and Miss Sergeant erases any misgivings one might have almost immediately thereafter, on Alan Jay Lerner and Frederick Loewe’s “Show Me”. In fact, as she soars upward on the vocalising of those words (and this song alone), Miss Sergeant establishes herself as an artist of the first order broadening out from the narratives of these standards.

Her instrument is gorgeous; lustrous, precise and feather-light. Her musicianship is fierce as she digs into the meaning of each word, brings ceaseless variety to soft dynamics and gives each phrase special grace. A case in point here is the extraordinary version of “Smoke Gets In Your Eyes”. In fact, on the merits of this song, we just may have found the greatest “singing-actress” of the show-tune. Her imagination and individuality simmers and burns in the bluest part of the proverbial flame. This is not the only place on the album where Miss Sergeant is superb; her wobbly, dancing and briefly Latinised version of “The Best Is Yet To Come” is to be likewise celebrated for its angularity and even dissonance. Avoiding the tempo extremes that could easily have disfigured the performance and derailed the entire recording, Miss Sergeant achieves an unfolding both secure and keenly responsive to the content of sounds and silences.

To also give credit where this is certainly due, one must acknowledge the role of pianist Jeb Patton, who participates in this music with sublime grace and understanding. His is the kind of Lied-like performance by a master, who knows when to emerge into the spotlight and recede into the shadows when it’s time to do so. Drummer Jay Sawyer and percussion colourist Rogério Boccato play with monumental precision and exuberance. Ted Nash is brilliant throughout – especially when he turns on the liquid charm for “Afterglow”, even evoking the buttery luminosity of Johnny Hodges at times. Cellist Jody Redhage Ferber brings vivid dolour to her performances, especially on “Balm/Burn”. And Cameron Brown is an absolute master on contrabass as he brings deeply interiorised readings of every song, perfectly complementing – as always – the lead singer, Miss Sergeant who has made something entirely new here. And that, by any measure, is great music-making.