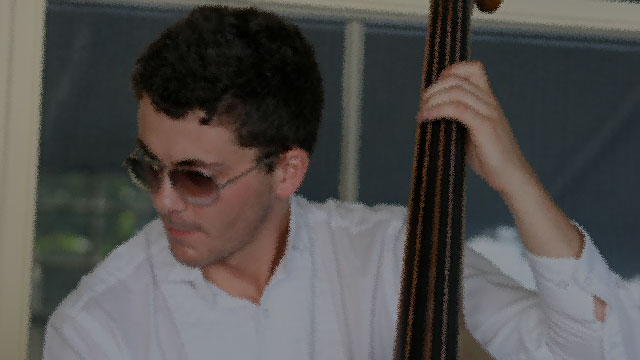 The video that appears below this short piece gives some idea of how this music has been made. A warning: don’t be fooled by the casual nature of how Kim Cass explains the making of this music. There is mystery and magic afoot here, which means that there is much that you do not see in the fairly explicit video. To begin with the music seems to come from a quite different dimension—the fourth dimension—the spectral one. This will explain the haunting sound, the notes on the bass that ascend the rarefied air, plop and explode like a myriad fireworks which fill the room with deep notes; sounds that resonate with the growl of a fibrillating heart. This music is best heard there—in the heart, I mean. 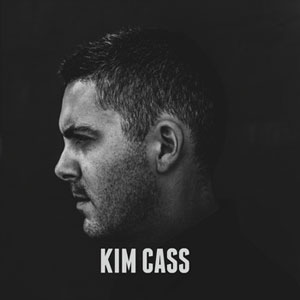 Well that, I suppose, is easier said than done. But if you shut your eyes and let the music pry open your sternum, let the notes, chords and ultimately whole lines enter, you will feel each thump; each jumping phrase ground out of the strings of the upright bass. The synthesizer and piano feed into the lure of the bass. That’s when you are completely swallowed up by the sonic portal into the world of Kim Cass. Even as all of this is happening, you find yourself pondering the nature of the interconnectedness of all things aural. You might find yourself letting go; travelling through this musical portal on some sort of elegant, magical railway system linking jazz, folk, tango, Middle-Eastern music and chamber music in a style that mimics so-called post serialism 20th century conservatoire. But to describe it as such gives the impression of overcooking when in fact the whole project is a masterpiece of subtlety.

Kim Cass has a take on the lineage of the cool, spacey sound of the bass which is less than conventional here, seeing him summoning breathtakingly woody notes and tones from the instrument which floats benignly over the sound of a string-driven ensemble that in its turn adds a rich and entirely unpredictable harmonic foundation to the music. The surprises, when they come, are effective but discreet: gamelan-like riffs played as pizzicato harmonics, a delicate curlicue of a bass line underpins what sounds like a Gaelic lament, and a close-knit ensemble passage develops from a single phrase. All of this is as breathtaking as the Ficciones of Jorge Luis Borges. And what an excellently recorded album this is—full of detail and warmth… Bravo Kim Cass… Bravo Tables & Chairs.