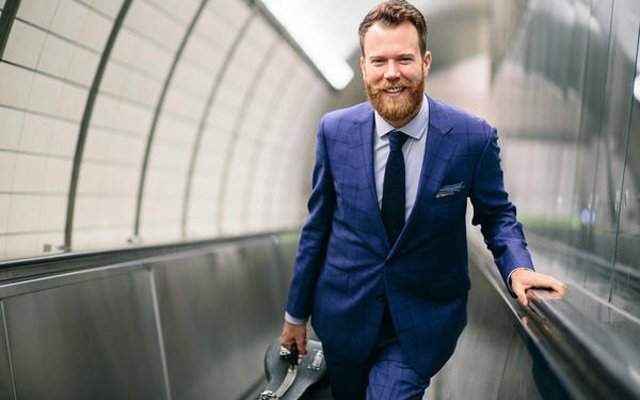 Ken Fowser has making a name for himself rather quietly with several releases on Marc Free and Nick O’Toole’s Posi-Tone Label. A “quiet” presence on the music scene such as Mr Fowser’s one ought to be recognised by a greater noise and because all good things come to those who wait, it won’t be long before Mr Fower’s time comes. In fact, with this proverbially (no-doubt accidentally titled) album Right on Time may be just the one to attract greater recognition. 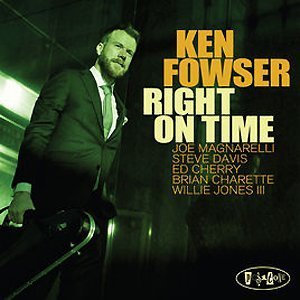 The music here – all written by Mr. Fowser, incidentally, is marked by an elegant take on the lineage of the cool, spacey saxophone sound that characterised legendary voices like Joe Henderson. Mr. Fowser’s saxophone floats and rolls benignly over the sound of the organ-driven ensemble that in turn adds a rich and not entirely unpredictable harmonic foundation to the music. The surprises also come from the rippling grooves of Ed Cherry’s guitar as he introduces charts such as “Don’t Let Life Pass You By” with dreamy pizzicato harmonics to the delicate curlicue of Brian Charette’s bass line played with the Hammond B3 pedals. Even Joe Magnarelli trades his well-known boppish lines for broodingly beautiful ones. Steve Davis , when called upon to do so (“Fowser Time”), does much more than “contribute” to the music, but rather leads it into a rather rarefied realm with a sparkling show of ’bone-ism.

For his part, the inimitable Willie Jones III holds down the drum-line with percussive tumbling grooves and he brings a melodic edge to his playing on music that is naturally quiet and, like “On My Way”, with some thoughtful, rueful playing. Meanwhile throughout Mr Fowser controls the music as he continues to ring in the changes in mood, structure and tempo, making for a constantly engaging programme. And while Mr Fowser continues to delight with his instinct for lyricism and spontaneity, the recorded sound balances detail and warmth on a recording that promises to take Mr. Fowser to the next level both in performance and recognition.