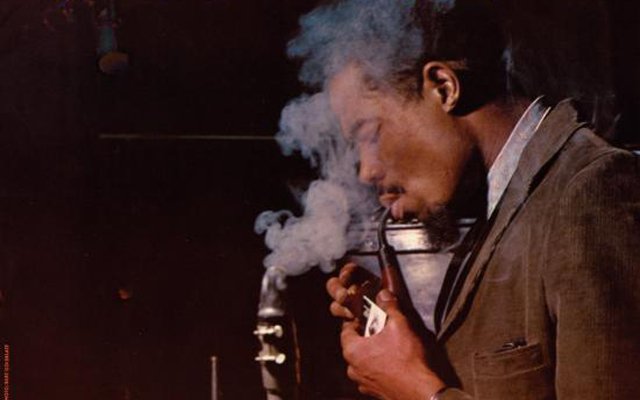 The legend of Eric Dolphy lives through great recordings. His contributions to the music of John Coltrane (notably on the Africa/Brass sessions in 1961) and his titanic presence in the ensembles of Charles Mingus throughout the 1960s produced many legendary recordings until Mr Dolphy decided to stay behind in Europe after a highly celebrated tour there with Mr Mingus, who wrote a song lamenting his departure and, arguably, never really got over his leaving the band and, later, his death not long after he departed that great band. But it is Mr Dolphy’s dramatic flights of music breathed through flute, alto saxophone and – most notably – the bass clarinet that he, as a leader, that have left an indelible stamp on Jazz to the extent that at least one distinguished African-American critic – very credibly, one might add – called (Mr Dolphy’s) harmonic and rhythmic conceptions the greatest innovations on winds and reeds since Charlie Parker. Eric Dolphy: The Complete Prestige Recordings offers definitive proof of that fact again. 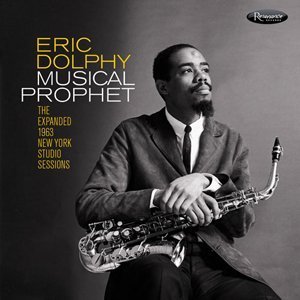 Just as importantly, apart from ‘Trane and Charles Mingus and a legion of musicians who also included Chico Hamilton with whom he got his proverbial big break in 1958 and later long-time musical soulmate Booker Little, few aficionados – in this case, producers – have done more to shine a light on Mr Dolphy than the late Alan Douglas, the supremo of United Artists and later founder of Douglas Records. A producer of uncanny intuition, musical abilities and a dogged pursuer of truth in music, Mr Douglas encouraged musicians to express themselves and push the boundaries and was responsible for some of the most iconic albums in Jazz, including Art Blakey and the Jazz Messengers’ Three Blind Mice albums, recorded live at the Renaissance Club in Hollywood, Money Jungle with Duke Ellington, Charles Mingus and Max Roach, albums by – among others – Kenny Dorham, the Last Poets, and he also produced the recordings by Jimi Hendrix.

Mr Douglas also produced sessions that resulted in two incomparable recordings by Eric Dolphy: Conversations and Iron Man. Both were recorded in July of 1963, but the while the former was released in 1963 it took five more years before Mr Douglas was able to release the latter recording. And now Resonance Records, thanks to the super-sleuth and one-of-a-kind Jazz music fan, Zev Feldman, and his generous enabler George Klabin, the complete Alan Douglas sessions have been brought together in one 3-Disc package featuring an appropriately copious booklet of essays and interviews. This invaluable element of Resonance’s catalogue only adds to the label growing reputation of being one of the best chronicles of classic music that is either all-but forgotten or thought to be completely lost altogether. Only Mosaic – with their enormous box sets and “complete recordings of…” approach appears to be mining the treasure chests of music with such excellent results. Resonance shows signs of catching up.

The two recordings are intertwined with the stints with ‘Trane and Charles Mingus. Probably egged on by Mr Douglas, Mr Dolphy is heard seeming to soar through to the rarefied realm, dragging the musicians in his ensemble with him. He appears to depress the buttons on his flute, alto saxophone and bass clarinet not so much with the soft flesh of his fingers, but rather with the raw, seemingly exposed nerve-endings of each digit as he makes them racy through wild arpeggios played chromatically, back to front with elliptical phrases that he proceeds to pick apart as if tearing into fleshy, juicy fruit, often turning the juiciest bits inside out. His “Jitterbug Waltz” both recalls its composer wild humour and pays him homage by adding an almost physical and slapstick (humour) element to the elegantly cheeky song. And then there are the surprises within the surprises because even when you thought that you knew Eric Dolphy, a new, infinitely more subtle and sensitive Eric Dolphy emerged. It’s what prompted Charles Mingus to refer to him as “a saint” – and not just a musical one.