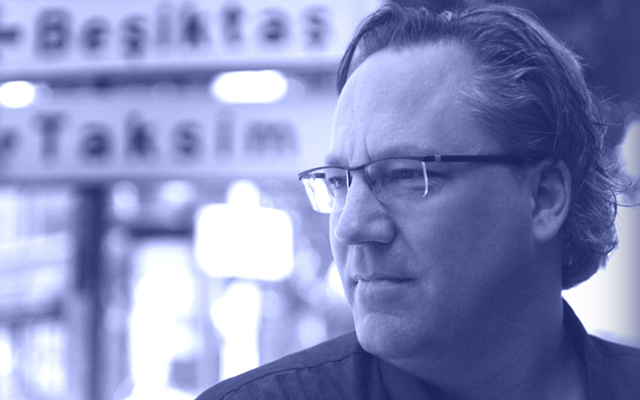 Middle Eastern music has a rather long history from the Umayyad Caliphate (7th and 8th centuries) and the ‘Abbasid Caliphate(8th to 13th centuries) through the Ottoman Empire that flourished from the 13th century until its ultimate demise in 1923. Meanwhile in the 9th century Abu al-Faraj al-Isfahani ‘codified’ Middle Eastern music in the Kitab al-aghani (The Book of Songs). This enthralling history reached its zenith in medieval Spain, where for more than seven centuries Muslims, Jews and Christians lived together in an atmosphere of tolerance, where science and the arts flourished. Kamran Ince’s Passion and Dreams is a reflection of all that remarkable artistic history. 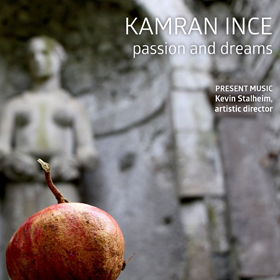 Far be it for me to suggest that this is a programme of archaic music. However it is this rich tradition that flows like an underground river through the music of this disc. It’s a tall order even for a musician of Turkish heritage to put such a long history of art into a modern context, even as he sojourns through the greatest period in Western music history – the Baroque era. But Ince is up to the challenge. His heartbeat is in alignment with it all like a very unique musical constellation. Thus he has produced a truly affecting portrait as he – wearing his Turkish inheritance like a second skin – navigates his way from way back when this music struggles to be born, until our day, where Bach begat everyone until Stravinsky and beyond.

Underlining the relationship between all of these ‘musics’, Kamran Ince offers us a beautifully balanced sequence of pieces. Underlined by the fantastic , ululating music of strings, brass and winds Ince’s fascinating programme peaks in ‘Asumani’ largely due to the ethereal and enigmatic beauty of Mehmet ali Sanlikol’s ney an instrument that became known to contemporary musicians largely because of the legendary Kudsi Erguner, a ney virtuoso and the best-known master of Mevlevi Sufi music.

The qualities to be cherished in all of these pieces from ‘Dreamlines’ to the most brazen compositions of them all – ‘Partita in E’ and ‘Two Step Passion’ that owe much to Bach as to the Turkish masters. Kamran Ince’s highly idiomatic writing brings finely controlled tonal contrasts in their most subtle form imaginable to this programme, rich in finely-graded and transparent textures culminating in glorious orchestral colouring. It is hard to imagine any other music as insightful and subtly nuanced as the six pieces on Passion and Dreams Ince’s is plainly a major musical talent, whose soul seems to encompass a world of musical mystery and magic.