Home Music Judi Silvano: Many Moods Of A Lovesome Thing 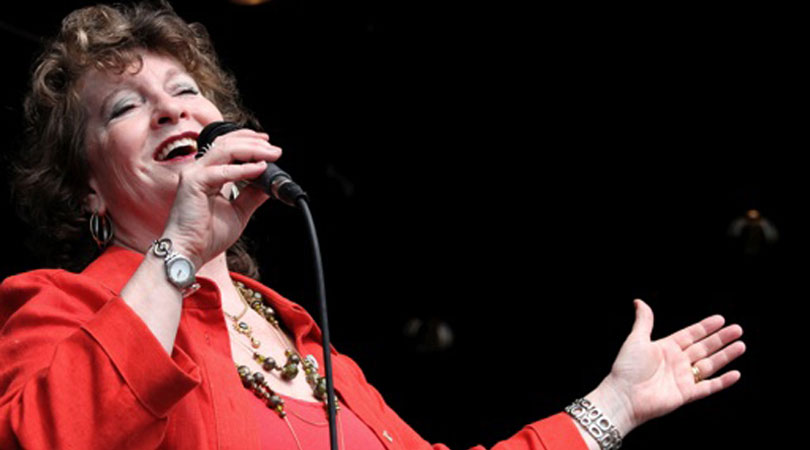 The human voice is the most elemental of instruments. It was and continues to be the first instrument used to communicate a myriad of ideas and emotions. In its accents of pitch and tone are the hidden secrets of expression that form a language all its own, which is one, that transcends all of the languages of the earth. In the hands—or more appropriately—deep in the heart and soul of a human being who can manipulate the human voice to laugh and cry and scream and weep in song, it becomes a potent instrument of love and sometimes even hate. Fortunately when it comes to the chanteuse, Judi Silvano, it is all a matter of love. The combination of an understanding of her own talent and virtuosity propels Ms. Silvano into the rarefied realm. Here these two aspects of her art are subsumed into the more elusive quality of good taste to form an inebriated mix of simplicity and soaring majesty.

Ms. Silvano knows how to form words with her throat and lips to give them a seemingly bottomless slew of meaning. Naturally when she combines this magical ability with her fascinating sense of style the singer’s musical phrases loop and tumble like an unfettered flock of birds gliding in and out of a proverbial thermal. In such ellipses are found an electric charge that provides a limitless power to the song she is singing. This is what propels the music on these two albums, Indigo Moods and My Dance. Here she lays bare her soul as she duels with the barest minimum of instrumental accompaniment. In this regard she joins Sheila Jordan—at least for now—as someone who is bold enough to throw focus on the utter nakedness of the voice. 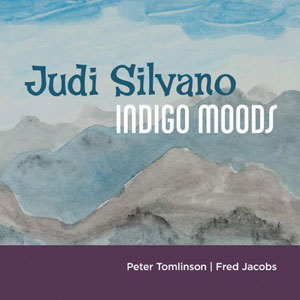 On this album, Ms. Silvano explores fourteen standards. This kind of music has been done to death by vocalists and instrumentalists alike. So there is a very real danger of being lost in the melee as well as being examined at very close range. And so Ms. Silvano has chosen to appear as “nude” as can be. Her voice is stripped of unnecessary melismas. Here Ms. Silvano plays with as little as possible; only the absolute sinews of the lyrics. Her vocalastics are impressive. It is easy to fall in love with these songs all over again. It is easy to be drawn in by their elemental beauty—to hear the cries and the laughter in the stories that have given them immortality. Here is a near flawless performance of repertoire that is easy to sing into oblivion if it is not handled in a manner that is fresh and beautiful. Ms. Silvano imbues each song with the kind of qualities that make it come alive as never before. Most mesmerising are “A Flower Is A Lovesome Thing” and “Embraceable You” although the magic in these songs can also be sound elsewhere on this album.

Track List: Mood Indigo; You’ve Changed; Skylark; Let’s Fall In Love; But Beautiful; If I Had You; If You Could See Me Now; It Only Happens When I Dance With You; A Flower Is A Lovesome Thing; If You Never Come To Me; You Don’t Know what Love Is; Embraceable You; Still We Dream; I’ll Be Seeing You. 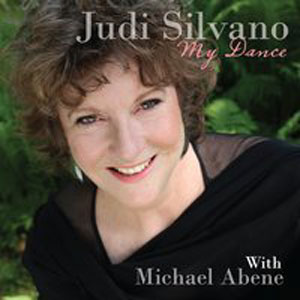 The 2014 album has been stripped down to just voice and piano. In most instances here, Judi Silvano goes even further, eliminating words themselves. She sings in wordless phrases making lines like pearly gossamer. In many ways this album is much more desirable than the album of standards. First of all Ms. Silvano is able to take greater risks with her voice. The fact that she has also composed all of the material on this album puts her at greater risk. She shows that she is up to the task making sure that each note counts—each sound and each syllable as well. It is as if the singer were also inventing a new language here, or at least purging the old one that she learned as a child. Replacing words with sounds can also become retrograde. Guarding against this Ms. Silvano makes a series of left turns so to speak where she propels her songs into musical alleyways that are strange, but then she also turns this adventure into one of great discovery. So life altering is this album that it is hard to imagine where Judi Silvano will take her artistry next.

What Judi Silvano has been able to accomplish thus far gives the appearance of multiple artists’ careers strung together — but it’s all Judi. In fact, she’s always got a new project ready to fly, oftentimes dovetailing and overlapping her previous efforts. Born in Philadelphia, with a degree (in both Music and Dance) from Temple University, Judi made her way to New York City in 1976 where she launched her career as an improviser — of dance at first. But jazz would not be far behind… Read more…