Home Music Ezra Weiss Sextet: Before You Know It 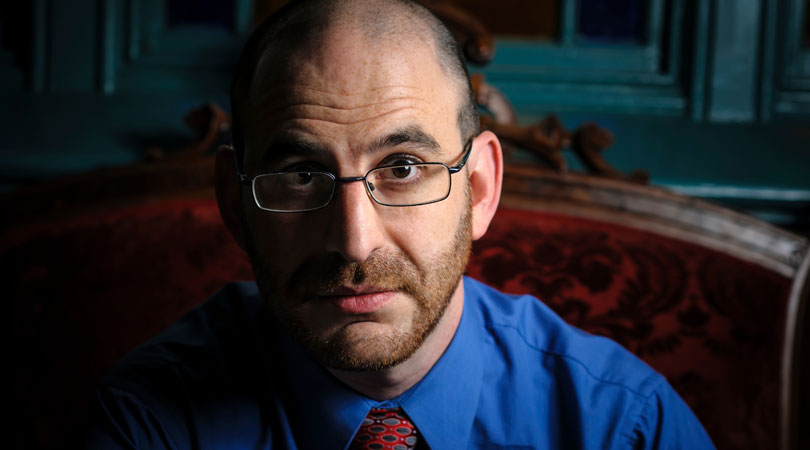 It is clear from the very beginning of this record–Before You Know It–that pianist Ezra Weiss, its leader has an extraordinary rapport with his ensemble. Throughout its interesting repertoire the players shape the music in the most convincing way and to maximum expressive effect. It is a mellow account of Mr. Weiss’ music though there are one or two big surprises along the way, such as the imaginative rhythms of George Gershwin’s “A Foggy Day” and the monumental moan and the intimation of epic melodic battles in John Coltrane’s song—the epic “Alabama.” In the former, Ezra Weiss gets right to the jugular of Mr. Gershwin’s rhythmic ingenuity, imparting a sort of bump and grind to that chart. In the latter, the profound melancholy of the music is almost heraldic. The dramatic tension never lets up as the sinister narrative of the song is set in the context of the multiple-murder of four black girls. The reflective nature of the music is heightened by the fear and loathing that fills the rumbling left hand of the piano, the moaning of the bass and the big, indomitable tone of Devin Phillips’ tenor saxophone. The elemental cry of the tenor saxophone is joined in by the soulful trumpet as all of the instruments then begin processing in a funerary manner. This is clearly the high-point of this live set that concludes with a magical blues, “Before You Know It.” 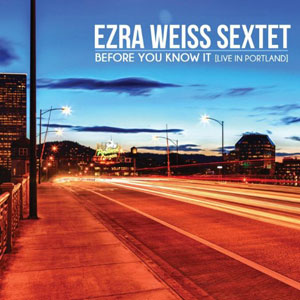 In almost all of the music, Ezra Weiss has taken an obvious step of slowing it down to the point where it is propelled by an elemental agony contained within the various narratives. This is a huge risk as the unfolding drama of the music might be deadened by such ponderousness. But the gamble pays off in the end because melodies are negotiated with breathtaking motivic beauty. Mr. Weiss’ music becomes more spacious and expressive as the musicians display a profundity that is affecting and so appropriate to the musical stories of each of the tunes. The piano propels the horns and they all, to a man, have the abundance of presence and tone to communicate the lyrical qualities of Mr. Weiss’ music. There is a striking quality also in the manner in which soloist and ensemble meet and react to each other. This is a direct result of the slowing down of melodies, which, in turn makes for a dramatic shaping of the melodic lines. Throughout the disc, though it is the conviction and expressive quality of the playing that make the strongest impression.

Recently listed in the 2012 and 2013 DownBeat Critics Polls, composer/pianist Ezra Weiss has released six CD’s as a leader: The Five A.M. Strut (2003), Persephone (2005), Get Happy (2007), Alice in Wonderland (2009), The Shirley Horn Suite (2010), and Our Path To This Moment (2012). All of these CD’s have received substantial national and international acclaim from press and radio. Ezra has composed and/or arranged music for Billy Hart, Thara Memory, Leon Lee Dorsey, Stan Bock, and Renato Caranto, among others, and has performed with Billy Hart, Greg Bandy, Michael Philip Mossman, Antonio Hart, Thara Memory, Renato Caranto, and Dennis Rowland, and co-led the Courtney Bryan/Ezra Weiss Jazz Orchestra. He has led bands in many of the U.S.’s greatest clubs including Dizzy’s Club Coca-Cola, Smalls, the 55 Bar, and Tonic in NYC; Ryles in Boston; Nighttown in Cleveland; Chris’ Jazz Cafe in Philadelphia; The Triple Door in Seattle; Jimmy Mak’s in Portland; and the Catalina Bar and Grill in Los Angeles.. Read more…