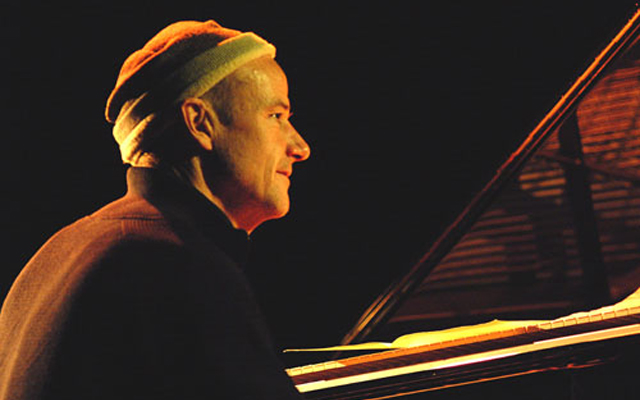 Jon Balke is charismatic artist, a distinctive voice in a field crowded with technically immaculate but intermittently inspired players. With the release of Warp, a diaphanous tapestry for piano, offers a sustained argument that, among many legitimate and fruitful approaches to the grand keyboard, a freely Norse style is not only plausible but serves the great instrument exceedingly well. The music, in addition to the dominant piano also includes sound images (Balke), vocals (Mattis Myrland and Wenche Losnegaard) and with what Balke calls ‘announcement reading’ (Ellinor Myskja Balke). The presence of other artists does not feel intrusive in this highly introvert recording. It brings a cultivated whimsy to the profoundly meditative music by embellishing the element of humanity that it already possesses. 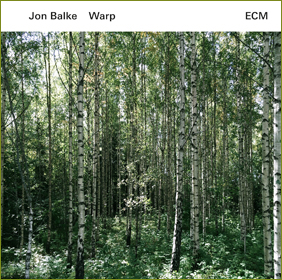 From the very first notes and bars of the music that Jon Balke has conceived one is immediately taken by the emotive silences that surround each note, or string of notes. The metre is elastic, notes are grouped together for gestural effect, long pauses are inserted for rhetorical purposes and a magnificent improvisatory spirit prevails. When order is needed, Balke enforces it, sometimes with great drama, as in an episode (about) 7:30 into the work, which is announced as if bathed in a hard, penetrating light. Though not so rhythmically freewheeling as later in the proceedings, the first half of the musical episodes indulge in other kinds of freedom. Ornament, though rarely cluttered, is profuse and imaginatively, sometimes so much so that one imagines Balke sketching these pieces rather like a draughtsman draws without lifting his pencil from the page. Intervals are filled up, the high and the low points of phrases connected with elastic ribbons of invention.

All this continues through the other parts of the music – especially those in which the voices are introduced – where, if anything, the whimsy and finesse is even more welcome. Some parts are taken agonisingly slowly, but as each section is repeated or turned inside out the reasoning behind the tempo becomes clear: Balke is beginning the variation process before arabesque-like vortices of the music at 15:06 is poured into the interstices of the succeeding music. Dance-like movements such as what follows, have a bumptious energy that is delightful. All the colours of his instrument are exploited with wizard-like brush strokes. Never rushed, profoundly considered and always memorable, Jon Balke has found – with Warp – new realms of colour and new avenues of seduction in the sound world of the piano.