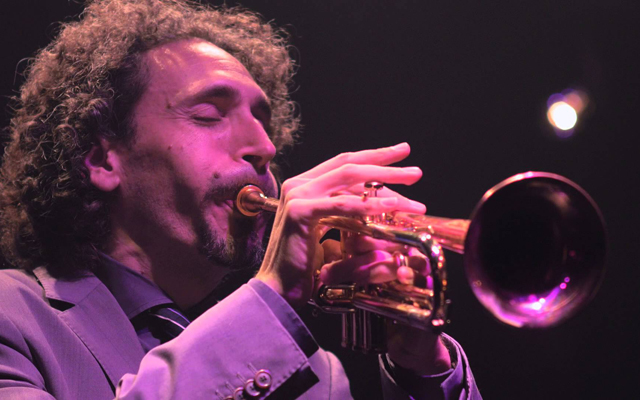 No matter what song he is playing on Wobbly Dance Flower the trumpeter John Daversa makes the listener’s heart skip a beat frequently on this thrill-a-minute repertoire. Following close on the heels of his acclaimed big band Beatles retrospective this recording that features the tenor saxophone giant Bob Mintzer together with a group of stellar musicians is a flawless account of eight madly swinging originals by Mr Daversa, and the iconic Charlie Parker standard, “Donna Lee”.

The enthralling music virtually explodes through the gate with musicians led by trumpet and tenor saxophone quickening the pulse to the extent of dizziness. But it is a wonderful feeling, albeit a maddeningly difficult one trying to keep up with the changes wrought by Mr Daversa and Mr Mintzer, who open the proverbial sluice gates for the music to tumble and roar. And it’s only until “Brooklyn Still” that things slow down as the warmth of the introspective melody 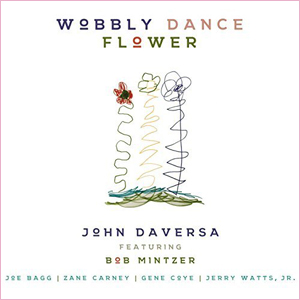 unfolds in a series of exchanges between the trumpeter and the tenor saxophonist. However, this extraordinary disc is going to be remembered for Mr Daversa’s ferocious attack and flying fingers as he paints songs with a gleaming gem-like tone.

A complete, consummate musician, John Daversa has expands his instrumental range to include an EVI going beyond bop to the modality of Miles Davis, played, of course, in his own inimitable style usually at breakneck speed. But to describe the album as something that whizzes past gives the impression of overcooking when in fact the whole project is a masterpiece of subtlety. Consider “Jazzheads”, for instance, and Mr Daversa’s take on the lineage of the cool, spacy trumpet – less than a conventional one here – seeing him summoning woodwind-like tones from the instrument which float benignly over the sound of Bob Mintzer’s bass clarinet that in its turn adds a rich and not entirely predictable harmonic foundation to the music.

Let it be said, though, that this outing is far from one in which the spotlight is devoured by John Daversa and Bob Mintzer. Guitarist Zane Carney, pianist Joe Bagg, bassist Jerry Watts and drummer Gene Coye have been given plenty of room to stretch. And they pay it forward with sparkling contributions from their instruments, ringing in the exquisite changes in mood, structure and tempo, making for a constantly interesting programme. All told, the considerable degree of balance and integration of melody, harmony and rhythm, of composition and improvisation, of exploration, individuality and tradition is impressively maintained throughout.