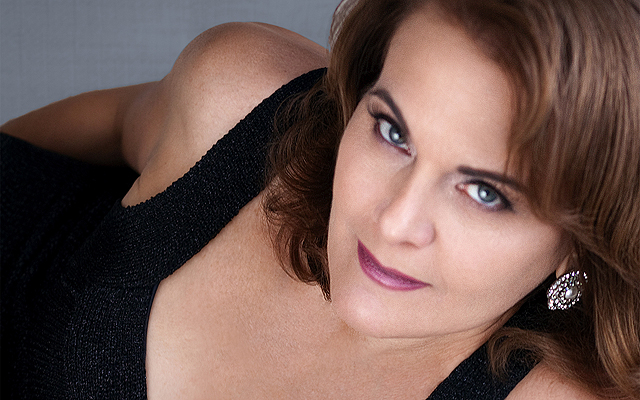 Amy London makes singing look incredibly easy which, of course, it isn’t. But in the world of music where she holds court as one of the most supremely eloquent vocalists she seems to embrace words and notes in all their diaphanous glory as if caressing her body with lace and Cashmere. And thus this music escapes her lips like the warmth of living breath. Swirling underneath it all, of course, is profoundly incisive and intelligent vocalastics and you can hear this all over Bridges.

In her notes to the album, however, Miss London is extremely generous and offers high praise for Fred Hersch, Darmon Meader and Peter Madsen who have authored the sparking arrangements that we hear here, but make no mistake: both in the gentleness and ecstatic immediacy of the music’s rich imagery is the compelling voice of Amy London. Her voice is liquid and brilliantly projected. Articulation and – more than anything else – phrasing is pure gold. 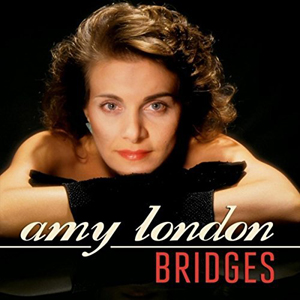 Underpinning every telling vocal excursion, of course, is an unaffected simplicity of utterance in the accompanying role of three groups of musicians – one produced by Mr. Hersch, another by Yaron Gershovfsky and the third (albeit on just two selections from way back in 1984) produced by the marvellous but ever so reticent drummer, Akira Tana.

You will not hear an under-inflected anywhere on this extraordinary disc. The ensembles speak as one with intimacy around Miss London’s focused timbre and quicksilver diction. Happily, they also feature such luminaries as Bob Mintzer, Darmon Meader, Bob Franceschini on tenor saxophone, Harvie S on bass, Victor Lewis, Eliot Zigmund and Akira Tana on drums, Cyro Baptista a veritable percussion-painter if ever there was one, and the great Dr. Lonnie Smith on two charts, supplementing Fred Hersch and Peter Madsen on keyboard. Each of these musicians are gloriously wedded to the fifteen songs and join Miss London in elevating the music with such sensitivity to text and lightness of texture, so much so that falls into the saccharine trap that some of these songs too often become prey.

The crown is, indeed, bejewelled. However, two songs do particularly gems do stand out. The first is the medley “I’m in the Mood for Love/Moody’s Mood for Love” and the other is “Naima”. The former is a stunning version of the two songs, where Miss London is put through her paces in a series of expressive conceits, not the least the melting of the two songs, one into the other, when least expected and the vocal pyrotechnics of “Moody’s Mood for Love”, that certainly does the masterful inventor of vocalese, Eddie Jefferson proud. “Naima” is almost spiritually immediate; Miss London’s reading of the inestimably great Jon Hendricks’ lyric is nothing short of divine.

Miss London’s performance throughout the album is guaranteed to gain further recognition for her; perhaps even win a clutch of awards. But even if she doesn’t this album will surely be remembered for its virtuoso vocal valediction and the sheer emotional density that is, nonetheless, fluid and beautifully controlled by one of the most outstanding vocalists of our time.