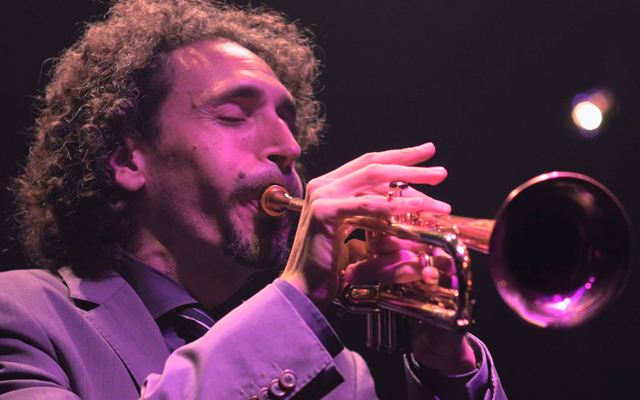 The music of the Beatles? One is apt to wonder what more can be extracted from it. How differently can one approach songs that defined a generation and continue to leave seemingly indelible marks on every successive generation thereafter? Orchestral Beatles is nothing new either. You are likely to feel all of this until you put on John Daversa’s Kaleidoscope Eyes. Suddenly almost all of the re-imagining of Beatles music seems not to matter. Daversa’s music is not merely orchestral, but more symphonic. What the director of this project has also done is unwittingly create the kind of Beatles movie that we seem to dream of today, one of a whole musical era that you lived through if you were born then. 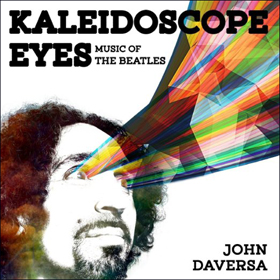 John Daversa’s selection of pieces reflects a Beatles aficionado’s wide-ranging interests, opening majestically with ‘Good Day Sunshine,’ an early work almost rescued from relative oblivion. It must be said that Daversa does not lean towards any specific period, which is curious because the most significant Beatles music was made after they gave up touring and began to work in earnest with George Martin in the studio, manipulating tapes, overdubbing and so on. Everything that came with Sgt.Pepper’s Lonely Hearts Club and after is what the band has really come to be known for. It is what revolutionised what is, nowadays, referred to as ‘pop music’. But that is the subject of a separate episode.

Throughout Kaleidoscope Eyes Daversa directs music that is utterly bewitching and intense. The exultant arrangements are so hauntingly true to the Beatles music that it is possible to see these pieces being actually played by them, had – by some dark magic – John and George been alive and Paul and Ringo somehow got together to perform this music again. It is this aspect of the album that makes it more than simply an act of nostalgia, but rather a really creative attempt to bring the music back to life again, in a voice never heard before, but so ‘Beatles’ all the same.

Track List: Good Day Sunshine; And I Love Her; Lucy in the Sky with Diamonds; Here Comes the Sun; Do You Want to Know a Secret; I Saw Her Standing There; Michelle; Kaleidoscope Eyes Medley: I. With a Little Help from my Friends; II. Ob-La-Di, Ob-La Da; III. Sgt. Pepper’s Lonely Hearts Club Band; IV. I Am the Walrus.