Despite the use of penny-whistles in Jazz most notably by the great tuba player and baritone saxophonist, Howard Johnson, whistle instruments are certainly not widely used, heard of or even imagined in the creation of Jazz. Finding an array of them in use on The Whistleblower by Joel Levine, and that too for playing Jazz and Blues is something unusual; and certainly considering the virtuosity with which Mr. Levine plays and solos on them this is a recording to be roundly celebrated.

Truth be told, recorders are not as rudimentary as they might seem, and although reeds and woodwinds scholarship is often a result of mastery of the recorder first, the instrument is often restricted to period instrument medieval and baroque orchestras. But Mr. Levine has done beyond praiseworthy work for not only recording a whole album of songs with the instrument, but making truly extraordinary music showcasing its versatility. Underneath it all, of course, is Mr. Levine’s virtuosity. 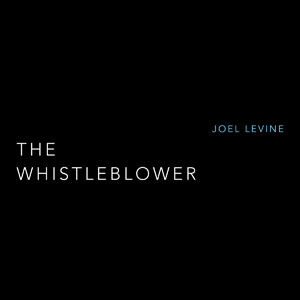 His playing is not only marked by fleet – even magical finger-work, but also in the use of quite incredible dynamics to detail his playing with exquisite use of colour and to manipulate the marked – high and lonesome – timbre of the instrument to create nuanced emotion. The song “Big Broski” is a wonderful example.

However, more – much more – than prodigiously gifted use of the instrument is the depth of Mr. Levine’s musicianship. Listen to the monumental drama of George Duke’s “Love”, for instance. The there is another surprise. Who could have imagined that the elevated registers of the recorder could withstand depths of emotions that come from the blues? And yet Mr. Levine’s performance on “Trouble in Mind” changes this misconception completely, especially in the manner in which he creates a keening wail in updraft of the “B” section of the piece, holding his own with the piano which his opening choruses help introduce before he later duels with that instrument, drums and bass before bringing the Blues home.

And just when you thought that could not be topped, along comes the next (vocal) Blues, “All I Do Is Think About You”, a power ballad with changing keys and changing keys that Mr. Levine shares with two stellar vocalists – Chevy Chevis and Chris Williams. And to my mind (although not so surprisingly for this is a baroque instrument after all) the crowning glory is heard on “Come Unto Him” – a terrific arrangement by vocalist and pianist Evelyn Simpson. The verdict? This is simply the sheer ingenious use of an unlikely instrument by a master musician in the person of Joel Levine. But that’s not all: this is a disc with a lot of music – very good music that is magnificently recorded. For this one has to acknowledge the work of a rather nondescript individual: Lenny White, the great drummer and producer of this set. With a powerhouse figure behind this project it’s no wonder this recording – and Joel Levine – is destined for much bigger things.