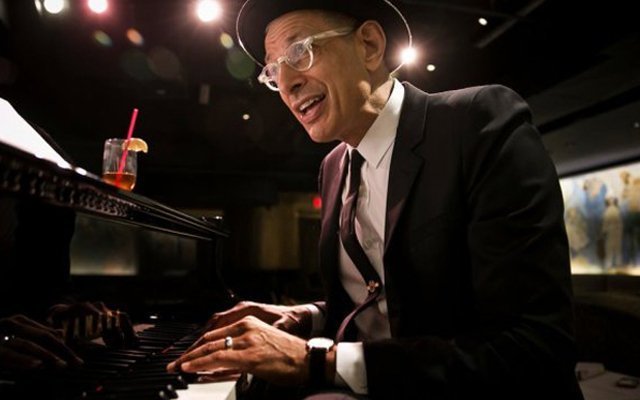 If you saw Jeff Goldblum in one of his many films, such as The Fly (1986), Earth Girls are Easy (1988) or Jurassic Park (1993), you would know that he was born to act. Now, however, with the release of his debut studio album The Capitol Studio Sessions it’s time to face the fact that he’s born to play the piano, sing and swing as well. Even if you take away the fact that this is a highly crafted session in the manner that Carlos Santana’s award-winning recording, Supernatural was, with Mr Goldblum, “playing to the gallery” and for the cameras, so to speak; stripped away of all the show-business gloss, it will be remembered as a masterful performance by a “sleeper” musical artist and sculpted to perfection by the prodigious producer Larry Klein. 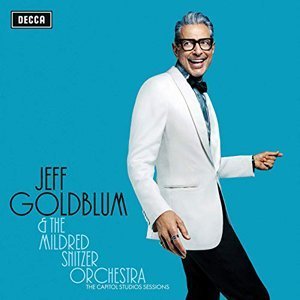 This recording consists a excellently chosen repertoire – a fine balance of show and film songs (“My Baby Just Cares for Me”), jazz standards (“Caravan”) and, ultimately unsurprisingly, a brooding work from the book of Charles Mingus (“Nostalgia in Times Square”) – all of which is well-chosen to showcase the pianism of Mr Goldblum together with and the stellar musicians who accompany him – guitarist John Storie and the incomparable trumpet and flugelhorn player Till Brönner – as well as shine a light on the marquee gifts of vocalists, the beguiling Haley Reinhart and smoky-voiced Imelda May. And the cherry on the cake, so to speak, is the appearance of comedienne Sarah Silverman, who is at her best, least-risqué, albeit sensual presence as she engages in an amorous version of “Me and My Shadow” with Mr Goldblum, who himself does a fine impression of his own version of “the mumbles” (usually associated by its creator, Clark Terry.

One would be remiss to suggest that the creative fireworks begin and end with the appearances of Till Brönner and the vocalists. For Mr Goldblum is not simply the arrival of the proverbial showman. His musicianship is subtle and always simmering under the surface. When it shines forth such as on “It Never Entered My Mind” one is drawn to the way in which he seductively bends the notes on the ballad, and sculpts the long, sustained inventions of “Caravan”, it’s clear that there’s not a single semiquaver that hasn’t been fastidiously considered. Of course other memorable moments abound – the playing of Till Brönner, for instance, who plays with a kind of languid ease, each melodic variation following the other, quite inexorably, his sumptuous tone colours brilliantly caught in this “live” (studio) recording. Meanwhile, Mr Storie (guitar) and James King (saxophone) and roar into action on the anthemic “I Wish I Knew What it Would Feel to Be Free” and on Mr Mingus’ gorgeous “Nostalgia in Times Square”, while the incredible Kenny Elliot maintains the rhythmic momentum with masterful eloquence everywhere on the disc.

Make no mistake Mr Goldblum has much to offer in the way not just of Jazz, but any kind of music; and the best news is that with The Capitol Studio Sessions he has only just begun.