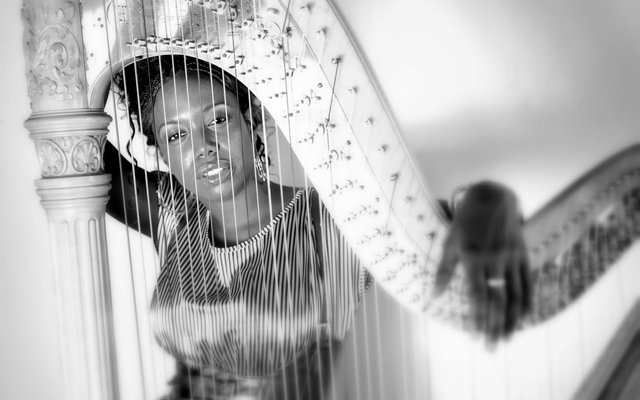 Although she recorded Soul Awakening before Wax and Wane Brandee Younger shelved the project until 2019. In retrospect this had nothing to do with wishing to keep it secret but perhaps out of an abundance of modesty. It is, after all her first journey into the studio to say her piece; to “sing” her voice as it turns out. And it is stellar recording by any standard which reveals just how mature a composer and performing artist Miss Younger was even seven years ago. Today (and after Wax and Wane and her magnificent performance of the Beatles’ “Being for the Benefit of Mr Kite” from A Day in the Life: Impressions of Pepper) none of this should come as a surprise at all as a matter of fact. 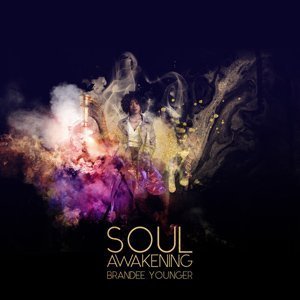 All this hullabaloo comes as the world is still celebrating the British cellist Sheku Kanneh-Mason and it seems rather unfair – even disingenuous – that an artist of the calibre of Miss Younger is inhabiting a sliver of a niche in the music media despite what she has done for and with the harp in music; just as – one may add – what Kanneh-Mason is doing for the cello. But then Jazz once consumed 70 percent of the buying (and listening public), so perhaps the malaise is of a different (and deeper) sort. But I digress… Miss Younger’s quest for a hitherto undiscovered path for the harp in music is brave and almost unheard of since Dorothy Ashby and Alice Coltrane – although the latter musician’s music on the harp came after her spiritual awakening in a relatively late part of her life and career. Playing the music of Jazz in the modes of Jazz is unquestionably one of the most musically challenging of all instrumental forays into The Music and Miss Younger has proved up to it by taking the musical challenge by the proverbial “jugular”.

This is manifested not just in her distinctive arrangements, but particularly in the bravura of her performances; in the distinctively textured twists and turns of her solo and ensemble playing, which, in turn, presents the music in the strongest possible light, coupling glittering virtuosity with emotion, wit and inventiveness. As a result her musical language remains accessible and strongly defined in terms of instrumental colour, contrapuntal development and imaginative (and emotional) improvisation. Although much of the music is energetic and percussive – and this has everything to do with the presence of bassist Dezron Douglas and drummers EJ Strickland and Chris Beck – perhaps the most obvious emotional feature of these works is a sense of wonder as well as a sense of sadness, loss and isolation which comes through in her profoundly beautiful song “Save the Children” – again, not the least through the ethereal intimacy and bluesy forlornness of Niia’s vocals.

Equally germane is Miss Younger’s brilliant piece “Soul Awakening” which also includes extraordinary performances by saxophonists Chelsea Baratz, Antoine Roney and Stacy Dillard, flutist Nicole Camacho and, of course, Mr Douglas. Miss Younger’s exquisite version of Dorothy Ashby’s “Games” and Alice Coltrane’s “Blue Nile” are characterised just as much by the considerable allure of the works themselves as they are by the virtuosic performances of Miss Younger and her musicians. These are just some of the many moments to be savoured on the performances on this album. We’ve always known that Miss Younger had come of age, but with the pure magic of this 2012 recording we know just how long ago this actually took place.