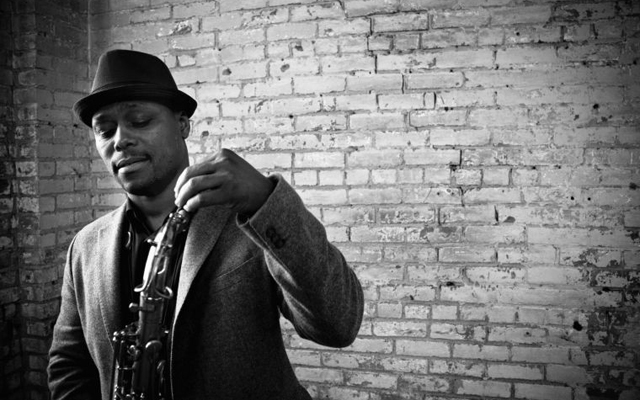 Featuring just a handful of world premier recordings, this disc unveils the music of one of the great saxophonists of this generation, JD Allen. Despite a glittering career on the instrument that is associated with musicians like Coleman Hawkins, Ben Webster, Sonny Rollins, John Coltrane, Pharoah Sanders, Albert Ayler, not to mention Archie Shepp and Wayne Shorter, JD Allen is barely remembered outside of lists of tenor saxophonists instead of the living history of that instrument, yet these 9 pieces (seven composed by Allen) reveal a profoundly inventive composer with a proper sense of history, who could hold a candle to his more famous contemporaries, and even his illustrious ancestors. Indeed these bluesy and deeply soulful, flexibly-scored works bridge the stylistic gap between Bessie Smith and Skip James (as Allen has noted) and the fiery rhetoric of the aforementioned saxophonists including John Coltrane, Pharoah Sanders, Wayne Shorter, Archie Shepp and especially Albert Ayler. 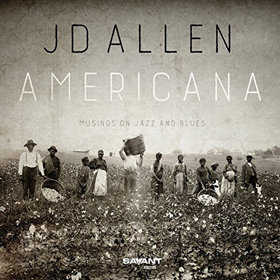 JD Allen’s writing for the tenor saxophone is effortlessly idiomatic, embroidered aria-like melodies and singular solo reflections give way to sinuous vocalastics and spirited dances. Textures are harmonically and unbelievably rich, yet never clogged. Allen has been preparing himself for this watershed recording and now his music unfolds in performances of terrific flair and abandon. The saxophonist’s rigorous technique makes light weight of his virtuosic blues progressions, with quick-fire flourishes, intricate high-wire figurations and tricky passages that result in the monumental architecture of the songs. There are, too, moments of intense dialogue between Allen and his bassist, Gregg August and drummer Rudy Royston – with the former, notably in ‘Another Man Done Gone’ and the latter in ‘Lightnin’.

With the flexed muscle of a trio – bass and drums – the ensemble is taut and the sound transparent, a generous acoustic adding warmth. There is always the right amount of flexibility in the way melodies are spun and improvised upon. The sustained beauty of the writing especially at the climaxes provides a virtual halo around the music, which in its ebb and flow is given a burnished tone by Allen and his now-famous trio, which has been together long enough to play with great symbiosis in a manner not unlike the famous quartet that Coltrane once forged, always making music sound as beautiful as this.