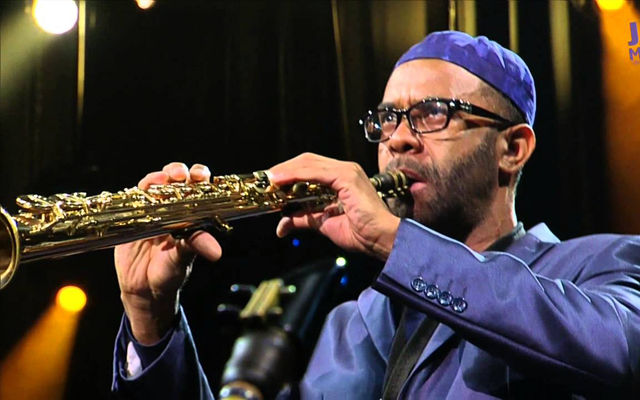 Can Kenny Garrett produce a performance that is nothing but viscerally exciting? The answer is an emphatic ‘No!’ Garrett has a long history of masterfully-crafted performances as a leader of his own groups, as well as in bands directed by the likes of Freddie Hubbard – one of his most outstanding tenures in a Jazz ensemble – with whom he toured the world and first made a name for himself. The reason for this reputation is rooted in his musical voice which is so distinctive that like all major alto saxophonists you can pick out even in a blindfold test. There are a few reasons for this and they stand out in stark contrast to every other saxophonist playing today. 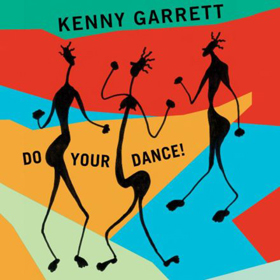 Garrett is first and foremost a chameleonic musician. His music is mercurial and unpredictable and so you can be rest assured that he will serve up the unexpected in a most delectable manner. His melodic attack is unique, almost vocal, which is to say that his playing, especially his soloing is hip-speak; not the kind of street-talk that is mostly confined to rap and hip-hop – although that idiom is very much a part of his vocabulary – and you can hear his mastery of this form on ‘Wheatgrass Shot’ and ‘Do Your Dance’; on both of which Garrett plays like a doppelgänger to the rapper Donald ‘Mista Enz’ Brown. Contrast this with his rhythmic attack on ‘Calypso Chant’ or on the velvety ‘Waltz’ and you will hear a musician who seems to peel away one mask to reveal another as his revelry changes from a bacchanalian celebration to the insouciant eloquence as he plays as one would dance on a polished, waxen floor.

And then there is his mastery over composition and improvisation. Take the music on this programme, for instance. They are wonderful pieces in which Garrett’s fire and invention seldom flag for an instant. They are passionately intense and move from the gleeful ‘Philly’ and ‘Do Your Dance!’ to the molten beauty of ‘Waltz’. Throughout the record Garrett takes the music in unexpected directions by varying tempo and rhythm from sliding sophistication to suddenly accelerating everything as he adds layer upon layer of harmonic language, which even includes tastefully introduced dissonance, to cast a burnished glow onto the music. No matter how Garrett and this superb group treat the music one thing’s for sure: there’s always vigour and expressive character in everything that Kenny Garrett plays.