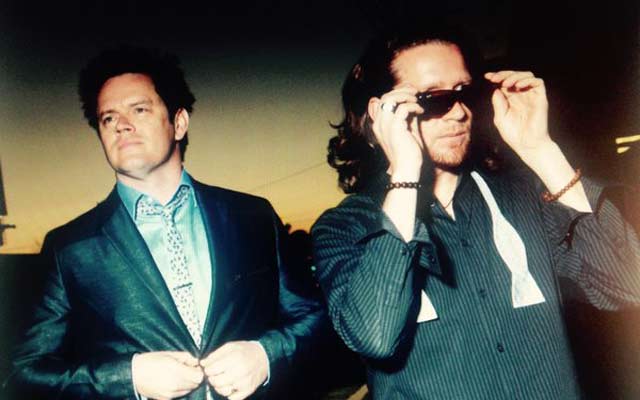 Jason Lee Bruns is a drummer whose work has a distinct singing quality about it. He is also an excellent rhythmist and a percussion colourist who drums with a fairly regular-sized battery of drums that seems to equate to a much broader palette of tonal colours. His ability to combine tone with instrumental texture and timbre is inspired and there is something more: He is unafraid to play behind a powerful vocalist – in this instance – Kevin Bachelder. Fear is not so much called into question here, despite the quaint turn of phrase; more than anything else the manner in which this partnership pans out is like that of a Lieder performer and accompanist. The drummer knows when to pull back and let his singer shine in the limelight and when to turn on the raging power of a top-flight percussionist. 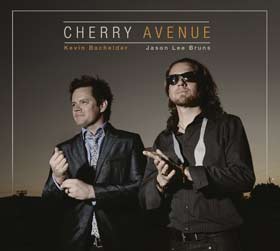 Cherry Avenue is the record where Jason Lee Bruns explores his penchant for the vocal aspect of his music. The drummer has seemingly been drawn to the lyrical side of music and adding the established ingenuity of Kevin Bachelder’s broad tenor is affirmation of that fact. Also in evidence is another fact: there is a kind of affective unity between these two musicians which also boasts theatrical immediacy and invention. Sometimes this takes the form of compositional ambition and manifests itself in the rhythmic invention of “My Romance”. At other times on the disc, contemplative angst is more manifest and, as in “Send in the Clowns” – an electrifying performance by both stars and their stellar retinue – the drummer/director marshals seamlessly into Stephen Sondheim’s iconic piece admirable and noble organic resolution.

Kevin Bachelder is a master of when to fill the sails and when to trim them especially in large ensemble movements but also across the spectrum of this record. The Vorticism in his draws you in body and soul. The vocalist’s almost incredible talent is manifest throughout – almost too poignantly on the Bill Withers classic, “Ain’t No Sunshine” – and unfolds in a kaleidoscope of formal and textural possibility, allowing sometimes, for special spiritual intimacies to unfold. Atmosphere is what places Mr. Bachelder’s reading of the pieces in the higher echelons. His solo set pieces all reach the same high level of the wonderfully rich “Send in the Clowns” and most compel the listener to discern, at the very least, the multi-layered musical and expressive depth of the individual composers’ pieces.

This account is one of the most consistent of the seven recordings that Jason Lee Bruns has produced on his own steam. It has all of the engaging exultance – the volley of major choruses are all too impressively efficient – and his poetic impulses are sprinkled with magical tune dust as the registral connections between movements of songs take some brilliant inspirational turns. Balance favours the instrumentation on this album, once again affirming the drummer’s ingenuity for arrangements with rich textural sketching. This list of players also seems to do his musical agenda only good and it is hoped that Jason Lee Bruns will persist with and develop these partnerships. The question is how to make each foray into the world of albums a memorable as the last.

Track List: My Romance; Autumn Leaves; I Fall in Love Too Easily; Waters of March; Dear Prudence; Send in the Clowns; Like Someone in Love; It Didn’t Workout That Way; Ain’t No Sunshine; Cherry Avenue.

Jason Lee Bruns (b. October, 3, 1979, Coldwater, Ohio) is an American percussionist, drummer, producer, and educator. His playing in known for his ability to sound like five drummers at once, fierce leadership from behind the kit, solid and driving grooves, and subtle melodic fills that confidently lead the band. He is also a well-trained classical percussionist, plays the soprano steel pan, and is a specialist in Brazilian & Cuban percussion instruments and genres – all of which influence his drum set playing to sound unique. Read more…