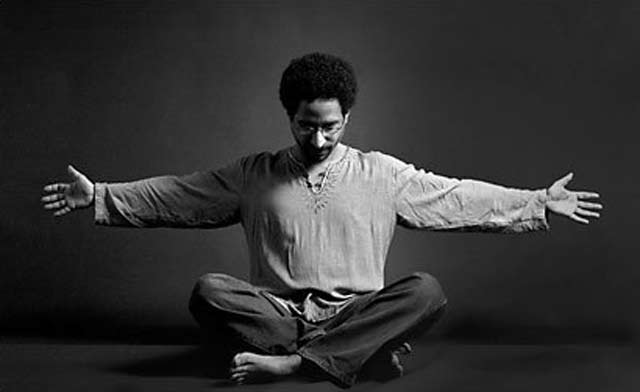 This is fire music from the bluest part of the flame. It rages (In the Front Door) and simmers even in the interlude (No Se Fia) and it wraps its heat around you (My Moyo) in a manner that is soothing in its balladry. However, Michael Cain never loses sight of the fact that this is music made at the source – call it solfeggio or whatever you will – cast in the heat and light of where intellect and intuition meet. And it is probably about that time for Mr. Cain to break out of the shadows. Too long has he comped and soloed behind the likes of Jack DeJohnette among others. Too long has he spoken and sung in hushed tones – which he still does now on Sola except that now he leaves his calling card of burnished music on the hearts and minds of anyone who will listen. It’s not hard to see why… 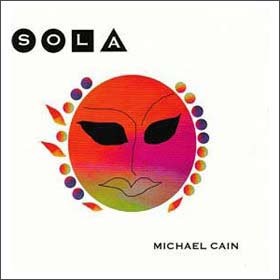 Michael Cain feels music passionately and colourfully and the expert musicianship and loving care that he puts into his work is obvious. Mr. Cain plays on sweet-toned piano and keyboards and his refined finger technique produces a delicate and crisply elegant sound with richly rounded plum-like trills. The gentleness of his touch shows especially beautifully in the plush setting of My Mayo, and there is a rare convincing lilt in his Afro-Brasilian Mais Uma Noite and an exquisitely slight inégale illuminates the Cameroonian, Esu Dance. Throughout, though, he upholds a deeply felt rhythmic flexibility and that tendency is relentless. It works better in the more Afro-inspired dances, but also lies simmering under the surface everywhere.

You feel Michael Cain’s rhythmic intensity in Orun and the slightly sardonic Wogg as well where he executes dynamic moves with almost compulsive flair. By far, the hardest thing not to fall for is his melodicism. This makes him a songwriter of considerable talent. Listeners will also find his rubato elegant and well-mannered, which is never to be mistaken for something effete. Rather this is a quality to be proud of as few musicians nowadays revel in sensitivity. There are some heavier tempi and which gives In the Front Door – with its narrative by the great Gerald Wilson – it’s more momentous and profound feeling.

Mostly, however, there is such wisdom and expressive freedom in the artfully turned corners, subtly varied spread chords and rhythmic dislocations that you are compelled to listen. The sheer range of articulation in that one piece is dazzling, while any one of the other pieces superbly realised in all their sense of majesty, sensitivity and dance and with their beautifully simple ornamentation sounding as spontaneous as a wave of the hand, would be worth your money on their own. Here is a master keyboardist at work.

Michael Cain was born April 2, 1966 in Los Angeles, California, and moved to Las Vegas, Nevada, shortly thereafter. He first started playing the piano at the age of four and was quickly improvising and composing. The following year he began studying classical music, although by the age of ten it was jazz that became predominant, as well as an interest in integrating several kinds of popular music. Read more…