So-called “Gypsy-Jazz” [often referred to as “gypsy swing”, “jazz manouche” or “hot club-style jazz”] would not have been something we’ve been talking about and celebrating as “a thing” for almost a hundred years were it not – some would say, apocryphally-speaking – for a group of brothers in rural France. Baro, Sarane, and Matelo Ferret, and – especially – the legendary Django Reinhardt, his brother Joseph “Nin-Nin” Reinhardt were probably the earliest proponents of this charming twist to the music of Jazz. Sometime thereafter things were raised to a rarefied realm when the equally legendary Stéphane Grappelli joined Django Reinhardt and the group was reincarnated as The Quintette du Hot Club de France.

In a sense we haven’t really come a long way – stylistically-speaking, nor can we because – like the so-called Bebop – the rhythmical patterns of “jazz manouche” are so essential to the character of the music that there is probably only one way [again, like Bebop] that the music can be played. The trick in keeping it all contemporary is literally innovating within the rhythm; and this takes considerable virtuosity by the instrumentalists, who must almost always play fast, never missing a beat [so to speak] despite [usually] not having a drummer to lay down the rhythm that propels the music. All of this gives new meaning to the role of “a rhythm guitarist” and this is where – in this instance – the outstanding Michael Joseph Harris and Sami Arefin come in, and let’s not forget contrabassist Zach Serleth either. Together – as the Hot Club of Baltimore and Ultrafaux Ensemble – they have two recordings to prove it. 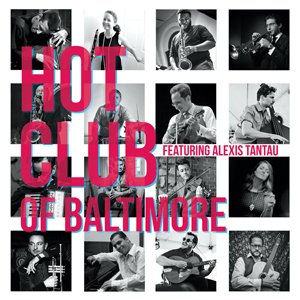 Hot Club of Baltimore – featuring Alexis Tantau To be sure, this may be a Hot Club of Baltimore recording, but make no mistake on this recording it is the luminosity of vocalist Alexis Tantau that lifts the music to the proverbial heights of perfection. The instant we hear the purity of her vocalastics on “La vie en rose” delivered with her winged, airy and light vibrato, propelled by the musicians we know that not only is the music in good hands, but that we are in for a real treat.

Every one of these thirteen songs is underpinned by virtuosic playing of the highest order, not only by Messers Harris, Arefin and Serleth, but also of the many guest artists who grace song after song. Every member of the ensemble in question gives of himself with fluency, alertness and an idiomatic fluency that brings character to these songs. Miss Tantau’s artistry is of the first order throughout especially as she turns standards such as “Like Someone In Love” and “It’s Only A Paper Moon”, which are sung with alluring perfume and warmth. With horns that are crunchy, violin that are utterly beckoning we are mesmerised by the melodies and harmonies and held rapt by the energy of the rhythms from start to finish. Quite simply an album to die for… 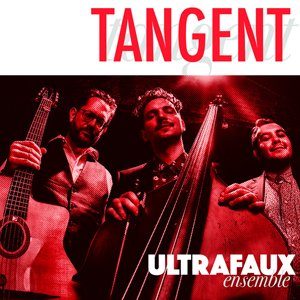 Ultrafaux Ensemble: Tangent Michael Joseph Harris here in his capacity as lead guitarist, guitarist Sami Arefin and contrabassist Zach Serleth return here as Ultrafaux, together with a constellation of musical stars with more “jazz manouche”. But this time all of the work featured here are original compositions by Mr Harris. So, not only do we hear a guitarist who cements his already proven connection with his instrument, but more importantly – in my view – an artist so fluent in the “manouche” idiom that one might say he sounds native.

With an invigorating performance showing great stamina and elegant taste and style, Mr Harris plays this music with a sense of great poetry. His lead playing is eloquently ornamented and the decorated arpeggios often feature chromaticism resplendent with mordents and trills. This exquisite repertoire is often played in minor keys, and the Dorian and harmonic minor modes are frequently heard, lending a distinctively dark and modal sound to the tunes which contrasts with the uptempo and spirited performance style. The virtuoso soloing of its many featured instrumentalists – whether violin, accordion or clarinet – takes this music to a wholly new level, especially on two absolutely breathtaking tracks: “Pop Pop Blues” and “Je ne sais pas”. One can’t help but wonder what this prodigiously gifted musician will do next!?