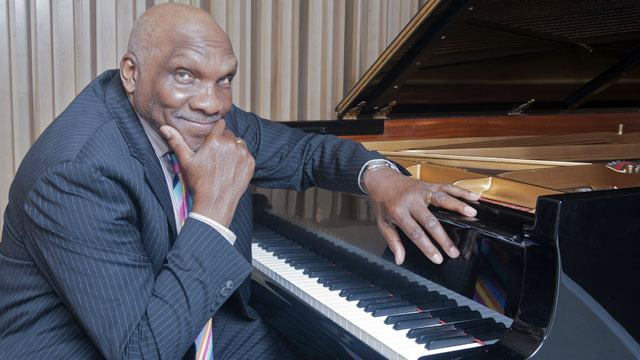 As is customary with recordings by Smoke Sessions Records, this Harold Mabern disc gives evidence of being just as exceptional as any other from the opening bars of “The Chief”. There is extreme care for articulation and polyphonic voicing. We’re not talking extraneous touches of arbitrary whimsicality; Harold Mabern’s initiatives arise either directly from the memory or from experience and his admirable sensitivity to harmonic tensions. Occasionally the effect borders on the technical, but when you pay close attention to his left hand, you begin to hear the instinctive blues metaphors in his quiet voice. His rustic elegance quite becomes him and his poetic intensity at times, especially in the elegiac movements of his soli suggests that he has a lot going for him including technique in abundance and striking poise when he wants to “strut his stuff” like someone dressed in a tuxedo on a red carpet. 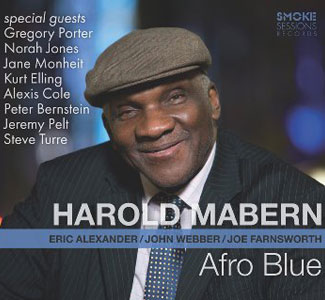 I’ve listened to this disc several times and all I can say is that in each of the fourteen pieces Mr. Mabern comes as close as anyone to how I hear the ideal performance in my head, or had I would wish to play his songs had I the strength and ability in my fingers to play them. Right from “The Chief” a modal exercise, and then again in an elegiac composition, “The Man from Hyde Park” he finds an extramusical narrative beyond the melody that I find profoundly moving. Taken as read are a superlative technique and an ideal recorded sound (from engineer Roman Klun). No details are overlooked yet without drawing undue attention to them; note the staccato jitterbugging and bebopping in “Billie’s Bounce” with Kurt Elling in perfect and swanky zoot-suit elegance as an able foil to the piano. Also here, as in the three instrumental numbers, his dazzling left hand sounds almost like a plucked string bass, a good example of the meltingly lovely tone that Mr. Mabern produces when he plays in smaller groups and unadorned by the singers on this largely vocal album. In fact, on “Mozzin’” and on “Bobby, Benny, Jymie, Lee, Bu” his basslines are tossed off as finger sprints, giving room to breathe while still being presto.

I could go on picking out highlights from each of the songs where Mr. Mabern plays unaccompanied by his vocalists, but that would certainly not do. His call-and-response with Gregory Porter on “Afro-Blue” is subtle and magnificent; the utterly disarming and positively seductive vocals of Norah Jones and Jane Monheit and Alexis Cole, and of course the three rollicking charts with Kurt Elling are to a large extent the virtual star-turns of the album. There are passages where absolutely vintage Harold Mabern shines through and where the singers also exercise significant power and lyricism on the narratives. These are moments when I want to hear things over and over again, to listen out for things that the previous hearings did not bring or of little twists and turns which I have been completely unaware of. The greatest new Harold Mabern disc? I don’t know; but it is certainly one of the most consistently inspired and masterfully executed and beautiful-sounding versions of music that I can recall.

Track List: The Chief; Afro-Blue; The Man from Hyde Park; Fools Rush In; Don’t Misunderstand; I’ll Take Romance; My One and Only Love; Billie’s Bounce; Portrait of Jennie; You Needed Me; Such is Life; Do It Again; Mozzin’; Bobby, Benny, Jymie, Lee, Bu

Harold Mabern (born March 20, 1936 in Memphis, Tennessee) is a hard bop and soul jazz pianist. Mabern was born and raised in Memphis, Tennessee – a city that’s a capital of 20th century American music. Like fellow Memphis jazz artists George Coleman, Booker Little, and Frank Strozier, Mabern attended Manassas High School, and after an early attempt at playing the drums, he taught himself piano and fell under the spell of pianist Phineas Newborn Jr., an influence that would shape and linger with Mabern for the rest of his life. Along with some other Memphis musicians, Mabern moved to Chicago in in 1954 where he soon found work backing up tenor sax players Johnny Griffin, Gene Ammons and Clifford Jordon. He also gained further influence from studying with pianist Ahmad Jamal and played in the hardbop group MJT + 3, before going on to New York City in 1959. “Chicago gave me the stuff I needed—and the confidence,” he recalled in 1987. “New York refined my stuff and it’s still doing it.” Read more…