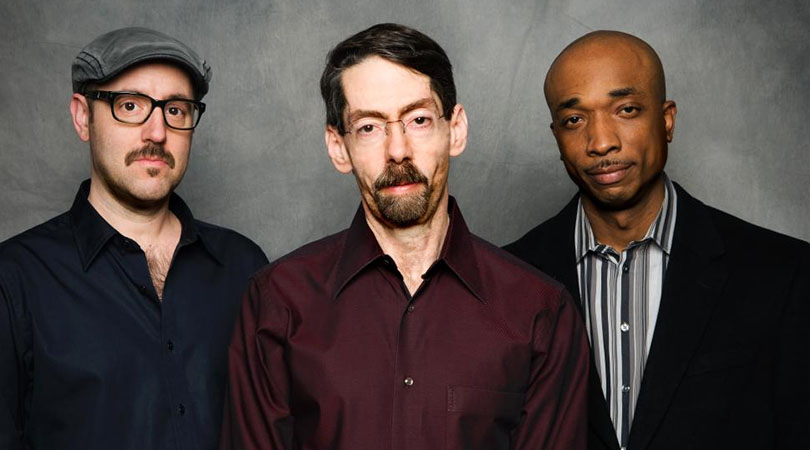 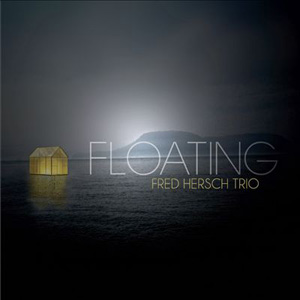 Titles of music can be curious sometimes as they might become oblique references to the music in question. But if ever there was one that is on the money it is Floating. But then that title could be used to describe most of Fred Hersch’s recordings. His pianism has that quality after all. Mr. Hersch is a musician who is wired for sound in a unique manner. The fingers of his hands appear to be directly connected to the synapses that course through his body, from the deepest recesses of his brain into his arms and to his fingertips. And because Fred Hersch is a deeply intellectual musician and a deeply emotional one too his fingers seem to pick up on that somehow. Thus his body works in a unique manner as it is wired to a superior brain, all of which is quite simply made of music. Mr. Hersch plays retinues of notes that could be long or short appropriate to the music in front of him, but each is like a necklace worn ever so delicately by a woman of sensuous and slender neck; Richard Avedon’s legendary muse, the model Veruschka von Lehndorff comes to mind. And then there is his inexplicable manner in which Mr. Hersch can make his notes sing and dance even if they are the same notes played over and over again. This is because he is able to apply subtly different pressures to the same note. As a result he might strike that note several times during a phrase and each time it would sound different. Such is the power of his ability to find wondrous tone and colour in what he plays. And the timbre of the piano at his hands is equally breathtaking.

It is also impossible to ignore Mr. Hersch’s imagery. While being utterly romantic, he never loses sight of the concrete nature of all things pianistic. Thus he is able to mine the composer’s lyrical vein throughout without sacrificing speed, when it is called for or seemingly interminable dalliances when the situation demands it. The metronome is a metronome; a machine that acts as a pulse for the music, but Mr. Hersch, while never dispensing with pulse breathes gentle and fiery dialogues into the written script. It is almost as if the pianist has discovered the secrets of the music via a sub-text that he alone is privy to. Of course he shares this with his cohort: bassist John Hébert and drummer Eric McPherson, the latter sharing Mr. Hersch’s secrets when it comes to timekeeping. Mr. Hébert on the other hand, shares Mr. Hersch’s deep sense of melody. Together they make the music dance and sing as if it had come alive in the bodies of beautiful and totally imaginary vocalists. Such is the spectral nature of his beautiful composition and performance of “Floating” and also “West Virginia Rose.” In the former the trio led by Mr. Hersch seems to bring out the best in the pianist with lithe lines informing the beautiful song and in the latter Mr. Hersch uses expressive devices and motifs to liberate the music’s ebb and flow making for soaring melismas. And there are numerous unforgettable moments in the repertoire of this recording.

Track List: You and the Night and the Music; Floating; West Virginia Rose; Home Fries; Far Away; Arcata; A Speech to the Sea; Autumn Haze; If Ever I Would Leave You; Let’s Cool One

Proclaimed by Vanity Fair magazine, “the most arrestingly innovative pianist in jazz over the last decade or so,” 6-time Grammy nominee Fred Hersch balances his internationally recognized instrumental skills with significant achievements as a composer, bandleader, and theatrical conceptualist, as well as remaining an in-demand collaborator with other noted bandleaders and vocalists. As a solo pianist (he was the first artist in the 75-year history of New York’s legendary Village Vanguard to play week-long engagements as a solo pianist – his second featured run is documented on the 2011 release, Alone at the Vanguard); as leader of a widely praised trio whose Alive at the Vanguard won the Grand Prix du Disque from the Académie Charles Cros in France… Read more…