Home Made in Canada Matt Newton: Within Reach 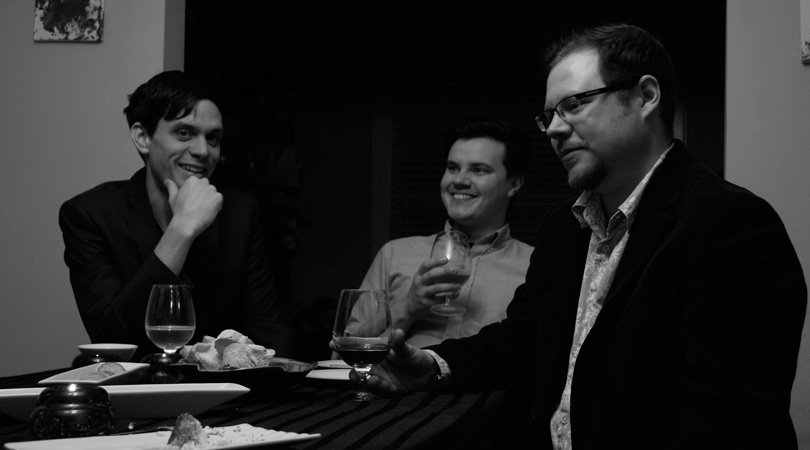 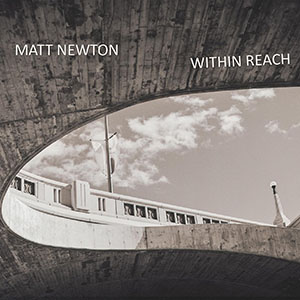 Matt Newton thinks like a painter. But his music is not simply audio visual, but it would seem that it is as close to water colours that any music can get. This is certainly what comes through when listening carefully to Within Reach. His lines are like the wet paint that runs down that special paper on which his water-colour-y music is daubed. There is an inherent danger for the music to become so fragile though, that it is in danger of becoming brittle. But not here, on this album. Mr. Newton is careful to almost moisten his fingertips so that they become those swishing brushes as they glide gently yet with a firm enough pressure as they strike the keys, so that they certainly make an indelible impression. Mr. Newton’s sense of time and space is acute. He is able to almost suspend notes in the air and blow gently on them as they pirouette past his keen sense of how the emotion of melodies must work. This is rare for a young musician such as him. His music is completely devoid of the impetuousness that torments younger musicians as they roam their musical topography like medieval apothecaries in search of the magic potion that, once drunk, will give them their singular voice. In that sense Matt Newton has an almost full-formed musical sensibility and nothing more needs addressing bar the uphill climb towards the stellar regions that all musicians aspire to.

Within Reach is a recording that will endure. It is music on a truly large canvas with all of the ensuing drama that must occur when music is cast, or in this case daubed onto a very large canvas. Mr. Newton’s unique metaphor is an urbane one. Most Canadian music using the jazz idiom tends to be that way. This is not necessarily a bad thing although music that is so suburban sometimes to be bereft of emotion; even delicate emotions. But Matt Newton composes his misty music to work with an energetic subtext. This is provided by the bassist, Dan Fortin and by one of Canada’s most talented drummers, Ethan Ardelli. Almost all the songs begin somewhat off beat and sotto voce—if they were being sung—then they pick up momentum. Sometimes the music intrigues and there is a compulsion to follow the trail as if the song were beckoning in a hypnotic manner. One of those charts is “Crossway,” a chart that is based on two sets of four changes each and in a meter that shifts dramatically from line to line. Both bassist and drummer keep the magical pulse going as Mr. Newton navigates the haunting melody. This is not formula stuff. Each track has its own special characteristic and this is what makes the music so beckoning. “Our Own World” is another one of those beckoning charts this one also featured an interesting vocal by Felicity Williams and superb guitar work by another exciting Canadian musician, guitarist Harley Card.

One of the things that make the listeners’ expedition through the Canadian musical universe is that when it comes to young Canadian musicians each has a distinct voice. This is what makes it all the more exciting to discover musicians who are willing to take chances and make their own music. Matt Newton is certainly one of those musicians to be excited about.

Track List: Within Reach; Crossway; Stepping Into the Light; Short Flight; Our Own World; Building the Ship; Ends; Claire-ity.

Matt Newton is a Toronto based pianist, composer and educator. He is a graduate of the University of Toronto Jazz Program (2004) and has attended the Banff International Workshop in Jazz and Creative Music (2006) where he studied with world renowned trumpeter/composer Dave Douglas, and Miles Davis’s last pianist, Deron Johnson. He has performed with such respected musicians as Kevin Turcotte, Jim Vivian, Pat Collins, Kevin Brow, Rob Mosher, Rob Frayne, Petr Cancura, Sienna Dahlen, Mike Milligan, Norman Marshall Villeneuve, and Dave Young. Read more…