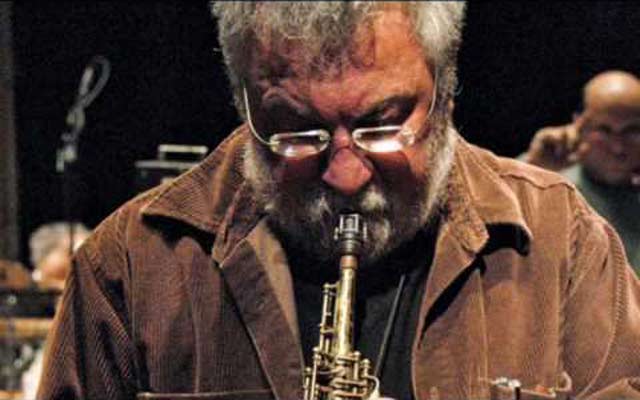 Evan Parker’s 1978 solo saxophone LP release occupies a very special place in his entire oeuvre, being a work in which he not only found his personal voice, but also defined the seemingly infinite horizons of the instrument itself. No one since John Coltrane and possibly Lol Coxhill sought and found the pure sound of that instrument with as much clarity, immediacy and visceral effect. The four expressive movements occupy a sound world so unique that its aesthetic seems to belong to Mr. Parker alone. Each establishes – from the first and longest sojourn –a point of departure that traverses a breathtaking musical topography so beguiling that we are at once seduced by floating tone colours and textures to the saxophonist’s maverick approach to music. 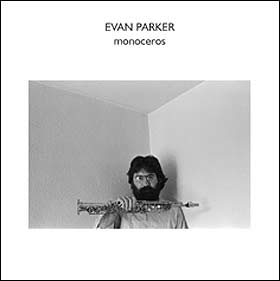 In playing the way he does – working out a new counterpoint, which eventually comes to embrace atonality the music of this breathtaking record appears to gather up his physical being and meld it into the instrument. With such a blatant physiological metamorphosis it is only fitting that the more traditional tonal idiom of the soprano saxophone will be challenged. Appositely the very timbre of the instrument seemingly becomes fused into the tissue of the lungs as Evan Parker’s hot breath seems to melt the horn causing fingers to flutter on keys as the ululations of the music leaves an indelible mark on the musical language that ensues. Thus the saxophonist takes work’s virtuoso challenges into his stride at a pace, too matching the flight of breath into the upper reaches of the instrument’s registry.

In hindsight the use of technology, which eschews the use of recording tape, will have been deemed to be an inspired choice. Music such as this could only have been – to my mind – played but once. Consider the first bars of the very first movement. The rapid stabbing of notes does not result in staccato playing; rather the lines are altogether more mellifluous and yet fraught with fearsome technical challenges, exotic accents in measures that are by turns disproportionate as well as perfectly proportionate. Either way as the music progresses you will hear a sparkling account of the soprano saxophone playing extempore and with equal parts fire and panache as only Mr. Parker can persuading us – as if this were necessary at all – that there is likely no one more exponent of the soprano saxophone than Evan Parker.

Fleeter tempi inform other movements of this suite of improvisations, each paying the instrumentalist and the listener alike rich dividends. The music grows tauter as the record progresses and yet monolithic structures are torn down as Evan Parker establishes a shapeshifting edifice the likes of which we are unlikely to ever hear again.

Evan Parker was born in Bristol in 1944 and began to play the saxophone at the age of 14. Initially he played alto and was an admirer of Paul Desmond; by 1960 he had switched to tenor and soprano, following the example of John Coltrane, a major influence who, he would later say, determined “my choice of everything”. In 1962 he went to Birmingham University to study botany but a trip to New York, where he heard the Cecil Taylor trio (with Jimmy Lyons and Sunny Murray), prompted a change of mind. Read more…