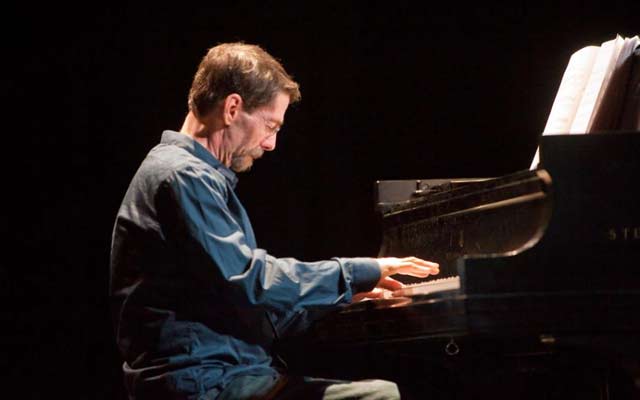 This self-effacing package for Solo an album with which Fred Hersch celebrates his 60th year of his tumultuous life belies the miniature treasure trove of music – rarities and discoveries – that it is. And whether such wealth is magical or perverse, a miracle of subtle pianism or a casual rather than stylishly nonchalant dismissal, you attention is centred on a pianist of unique facility. Fred Hersch – and this is my imagination rather than even apocryphal or real – probably never spent long hours in the practice room. There is much too much unbridled genius here for anything he does to be studied. 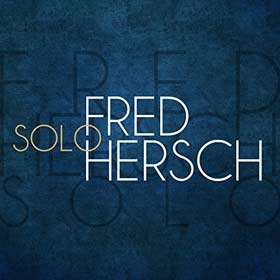 Naturally, his playing on “Pastorale”, after Robert Schumann, seems to breathe fragrance. And that is no surprise; his way of spinning off a phrase like so much iridescent thread, his inflection and colour making him a thorn in the side of received conventional wisdom. And who else has ever captured the elusive, evanescent magic of Antonio Carlos Jobim (the quick medley “Olha Maria/O Grande Amor” be praised) to this extent? Or who has relished Thelonious Monk’s delight in the quirky and urbane qualities reflected in his own witty and delectable “In Walked Bud”? His “Whirl” may come in an unseemly rush, but his Jerome Kern and his Joni Mitchell are marvels of immaculate and nuanced virtuosity. Then there is his Ellingtonia – Tizol actually. There has been nothing quite like the marvelous version of “Caravan” in ages. It is at once statuesque and brilliant, engaging and affectionate as well. So much so that this shortish commemorative album might actually be incomplete without it.

So clearly there are pros and cons concerning a pianist who could perform anything at the drop of a hat. And whether Fred Hersch played with an inimitable delicacy or offered a wild and approximate if thrilling account of “Caravan” he can tease you out of thought and arouse a sense of awe and wonder. Again, he would surely have been baffled by today’s more heavily laden interpretations of the great standards he attempts, wondering what all the fuss was about. Naturalness and genius is at the centre of his art. Finally, I wouldn’t miss his naughty wink in the Monk tune for all the world. Here he gives the finest jazz musicians a real run for their money!

Proclaimed by Vanity Fair “the most arrestingly innovative pianist in jazz over the last decade,” Fred Hersch balances his internationally recognized instrumental and composing skills with significant achievements as a bandleader, collaborator and theatrical conceptualist. In 2006 he became the first artist in the 75-year history of New York’s legendary Village Vanguard to play a weeklong engagement as a solo pianist. Read more…