Sometimes the very mention of the name of Keith Jarrett – especially in connection with a solo recording – can me counter-intuitive, especially as the entire recording in question is a “spontaneous” performance. The Norwegian pianist Espen Berg ran the risk of queering the pitch, so to speak, even before we listen to his double album: The Trondheim Concert.

However, Mr Berg also draws our attention that it has been said that Mr Jarrett “likes to start his solo concerts with chaos to clear the air and to get a feel for the instrument and the room.” In his booklet notes, Mr Berg goes on to inform us that his approach is completely different.

And if one understands him correctly, his approach is to simply sit at the piano and play – at least this is what he has done on the repertoire – labeled Part 1 – 10. These, he tells us, are single – or one – takes only. 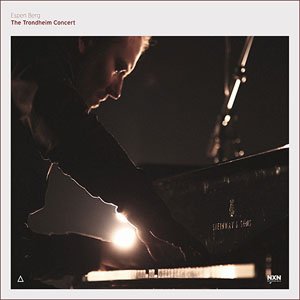 The suggestion, of course, is that he knows not what he will play before he sits down on the piano bench – indeed, not even when he starts to play.

He simply allows the music to flow out of his mind’s mind; to ideate and then to create the sound. Perhaps, he may short-circuit that sequence – of mind-idea-fingers-keyboard – and create-compose-innovate with just the nerve endings of his fingers.

Listening to the repertoire on the album – right from the Part 2, in fact – it may just be the nerve endings of the splayed fingers of his hands that are doing the talking – and the singing. There is that kind of outflow of visceral energy that seems to set the notes aglow as his fingers play scorching runs and fiery arpeggios – with both hands, one may add – to generate such combustible oomph that one listens in anticipation of a proverbial explosion, which comes to pass in the dénouement of Part 2.

Elsewhere on the musical journey – an interminable cascading flood of sound, to be exact the keyboard becomes a truly percussion instrument – often a whole percussion section of an imaginary symphonic orchestra. Keys are no longer caressed as they are hammered and punched, the almighty clattering fingerwork made up of rolling arpeggiated figures and hammered chords – 5ths, 7ths, augmented and diminished – harmonic variations tumbling one into the other. The monumental Part 3 brings plenty of this. Naturally the audience explodes into rapturous applause.

After these pyrotechnics Mr Berg immediately responds by turning the proverbial lights down low, roaming the keyboard like a medieval apothecary in search of a mystical musical potion. The tenderness that proceeds from melody and harmony suggests that the state-of-mind is deeply pensive.

The pianist’s meditative state spreads a sheet of calm in the air around the room. While his right-hand searches for the meditative portal left and right hands pursue each other across the keyboard as if in search of the proverbially elusive perfect-tone-texture. Of course, the tinkling figure at the end suggests that what was sought had now been found been found. This takes the form of a figure redolent of all things silver and gold.

Disc One ends with Part 5, and the kind of percussive pianism that is evocative of what suggests the word Hammerklavier – a word once used to describe the pianism demanded – by Beethoven – of pianists who were to play his Piano Sonata No 29 in B-flat major. In the incessant rhythmic battering of the piano as Mr Berg conjures – not Ludwig van Beethoven’s Hammerklavier, but a piece no less evocative with its deranged hypnotic melody, narrow, striated harmony and incessant rhythm.

Disc Two begins with Part 6, a mesmerizing foray in to dark, dissonant musical territory. Somehow it is here – and her alone – that the absence of sound from the audience becomes almost poignant; the silence from a position that would have been opposite the stage the solitary nature of the whole exercise. The free use of the sustain pedal allows for the creation of atmospherics that expands the musical canvas.

The feeling of the loneliness of a performer on a solo mission is thrown into high relief. This solo mission appears to allow the pianist to roam more freely, to venture into places; hypnotic dissonance being one of those places. The audience [applause] arrives at the precise moment to bring to a thudding end this dramatic piece.

Mr Berg is, quite magically, attuned as much to his own musicality and the pursuit of tone, colour, texture and the devolution of a musical idea as he is to the silence that surrounds him. This is clear from how deep he digs into every one of these musical aspects all the time. The constant plumbing of the depths of the music is as refreshing as ever even an hour into the recording [Disc Two is now in progress].

One hardly tires of his insistence on pursuing this beckoning musical meditation. The perfect measure of levity nestles cheek-by-jowl with the profundity of the music. Upper register – far north of Middle C is shaken up with a flurry of runs, excited triplets and twirling and pirouetting dyads and triads – the kind that would break the knuckles of a lesser pianist. Mr Berg is on song; the gathering storm of his journey, has now hit a second wind.

Every once and a while, when he slows down, as if to catch a proverbial breath, you can be sure that more colourful fireworks will follow – if not immediately, then quite soon. As if on cue, Mr Berg discovers an idea that can be extrapolated – either by expanding melodic content or advancing a harmonic edifice. One finds oneself almost catching one’s own breath when this happens because the parks are sure to follow, flying off the tips of the pianist’s fingers.

The concert will draw to a close – and this it does – but not before one has become convinced that there is something wholly new here. It is a mélange of melodic and harmonic ideas, propelled by a masterful sense of time and rhythmic invention. Mr Berg’s pianistic prowess and harmonic adventurousness – especially in the finale of Disc Two – is utterly compelling.

The mighty will have felt chastened, the rest of us will be exalted. No matter what baggage one brought to this recital, once the music borne of the craggy fjords, echoed in the mystical forests and washed by the snows of Mr Berg’s Norway, one’s sensibilities will be forever altered by the refined nobility of the music of Espen Berg.