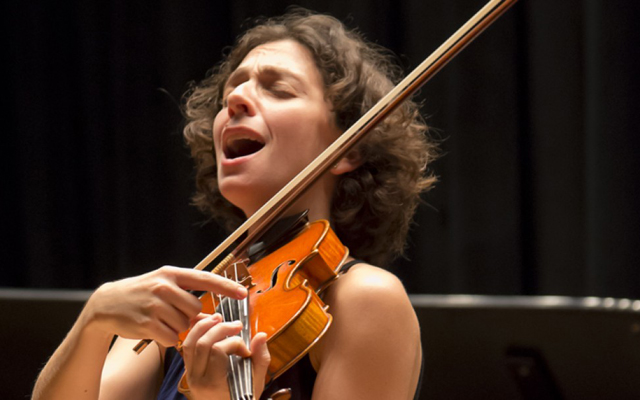 Élan, intelligence and passionate engagement: the young American, Eden MacAdam-Somer brings it all to this exemplary performance of essentially two cycles of songs, one inspired by the Persian Sufi poet, Jalal-ad-Din Rumi and the other, an extended cycle based on a classical composition by Vaughan Williams, with a text by the great First World War poet A.E. Housman. Of course there is much more on this disc, all of which achieves perfect poise and balance and makes what you hear absolutely inspired. MacAdam-Somer’s enunciation of the text and lyrics that she has written specifically for some of the songs has a crystal clarity and is flawless. Her singing runs the full gamut from aching lyricism of her Along the Field to the elated peroration of her Rumi Songs and especially Duke Ellington’s Jump for Joy. 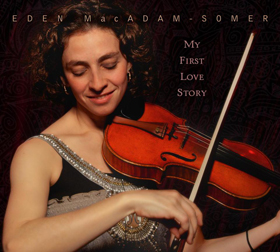 Eden MacAdam-Somer is also an immaculate accompanist, showing particularly clean fingers in the dashing virtuosity with which she plays her violin (and viola), whether she plays pizzicato or con arco, or even when she plucks the strings. She plays with broad glissandos and dramatic arpeggios, every so often throwing in vaunted double stops followed by long loping lines played almost ad infinitum. Her settings are acutely sensitive to word and situation, through-composed in operatic fashion, with meaning dictating structure. In improvised passages – and there is much to cheer about here as well – MacAdam-Somer is inventive without being smart-alecky. But she can also be swaggering and folksy. However she plays this music as a whole deserves wide exposure in recitals around the world.

As a vocalist Eden MacAdam-Somer is breathtaking. Listening to her is like hearing opera without the orchestra. Her pristine soprano sails through the air, slicing it with breathtaking clarity and dramaturgy. She also shows unmatched technical accomplishment comparable to a diva creating a melismatic aria. Of course these are songs – like Lieder – and here MacAdam-Somer makes her presence felt in such a manner so as to take us on a guided tour of some magnificent architecture as she ascends and sweeps across the topography of the songs. Also, she performs as if she were two artists: a singer and an accompanist, the latter has perfect timing of when to advance into the limelight and when to recede to give the vocalist the centre stage.

The pithy slices of life in the 17-song programme also have many moments of riveting interest and all of them cohere convincingly as a sequence. In sum, Eden MacAdam-Somer’s comprehensively unifying vision has added something precious to this music. It is a richly stimulating recital. Bravo.

Eden MacAdam-Somer is one of the most exciting and versatile young musicians performing and teaching today. Her music transcends genre through soaring violin and fiddling, vocals, and percussive dance. Ms MacAdam -Somer is on the faculty of the New England Conservatory. She has been a featured soloist with symphony and chamber orchestras, jazz and swing bands, and Eastern European and American folk ensembles. Read more…