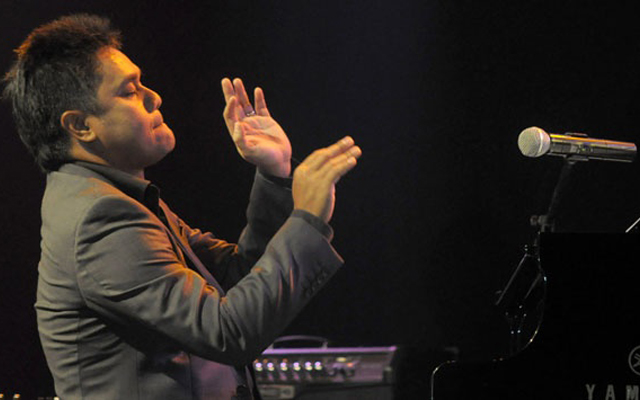 It is clearly unnecessary to decipher the meanings of the titles on this disc Rumah Batu by Dwiki Dharmawan. The Indonesian pianist is one of the most expressive musicians and instrumentalists in the world his compositions are among the most tender and gracious outpourings of a bountiful heart – quiet and relatively unadorned. Yet, born of Indonesian tradition, his skillful use of rhythm, harmony and pianistic colours raises his music to the realm of the Divine. A quintessential Romantic Mr Dharmawan is a phenomenal pianist and even when he seems to shun outward signs of virtuosity it is hard not to think of him as supremely gifted in the technical department. 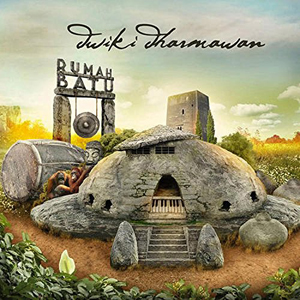 Still, as pure musical thought, his works are supremely eloquent and – as is evident from this disc that is peopled with musicians from across the planet – places emphasis on intimate dialogue between the various soloists who need nothing more than the sound of black dots embellished with human expression to lead them forward. Built around the longish Rumah Suite, Mr Dharmawan has crafted music that almost immediately turns from chrysalis to butterfly through organic motifs that appear and suddenly disappear in a flitter of colour and shape as each (motif) fades past its vanishing point containing the most capricious and diaphanous music, distilled in countless sketches and rearrangements.

Mr Dharmawan in particular brings a magical impulsiveness which, coupled with his bright tone, creates a sharp, crystalline surface. There is an effervescent spontaneity to this performance, but also a sense of constant qualification, of building effects and redefining them – particularly in the “Suite”. Other musicians – such as guitarist Nguyên Lê and the bassists Carles Benavent and Yaron Stavi, together with drummer Asaf Sirkis and the breathtaking traditional musicians from Indonesia also stand out for their clarity of thinking and their ability to get to the heart of the music. As a result Mr Dharmawan has a fine rapport with them throughout this music and between them they develop a sense that sounds as natural as breathing – something truly unusual considering that the music is built on modes that are relatively difficult to master because it takes unique true mastery of technique in the form of tonal control and rhythmic flexibility to pierce the skin of (the music’s) mysterious ways.