Home Music GoGo Penguin: A Humdrum Star
The British trio GoGo Penguin describes its music as “acoustic-electronica”, which is a bit of a misnomer as their music has been distilled and refined in the ethereal sound of a the keys and sustained pedal of the piano, a contrabass that is captured with an extraordinarily woody sound and bare naked drums. Moreover the music appears to be largely unaided by electronic equipment. Of course the three musicians – all virtuoso performers on their instruments, one might add – find expression in a unique sound-world that synthesises elements borrowed from a myriad European and American music, a masterpiece of subtlety played with a broodingly percussive tumbling groove. 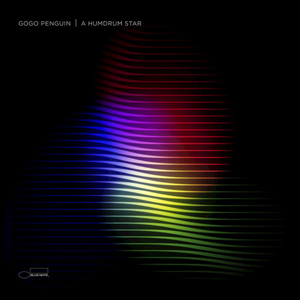 The trio finds a magical way to unite all the elements in atmospheric echoes presumably expertly applied by their sound engineer so that the artistic experiments of the trio crisscrosses the seemingly blurred lines between pure instrumental sound and the wonders of acoustic engineering. GoGo Penguin’s take on the lineage of cool, spacey “acoustic-electronica” is less than conventional and the trio summons its eminently breathy elements in the song “Strid”, which begins with a sort of electrical hum that is quickly interrupted by an elemental, and ravishingly beautiful, heavily woody pizzicato bass line before the piano enters the fray and the radiant tones of the instrument float benignly over the sound of an electronic keyboard, the effects of which are propelled by the incessant bass line and a drum-tattoo. All this creates a rich and unpredictable harmonic foundation to the music despite the perceived repetition of the notes by varying the instrumental dynamics and also with nuanced changes in expression on the part of each of the musicians.

Elsewhere the surprises, when they come, are effective and discreet: a gamelan-like riff is played as pizzacato harmonics (cue “Transient State”), a delicate curlicue of a bass line underpins what sounds like a Gaelic lament, and a close-knit ensemble passage develops from a single phrase. The considerable degree of balance and integration of melody, harmony and rhythm, of composition and improvisation, of exploration, individuality and tradition is impressively maintained throughout. Moreover the recorded sound balances detail and warmth.