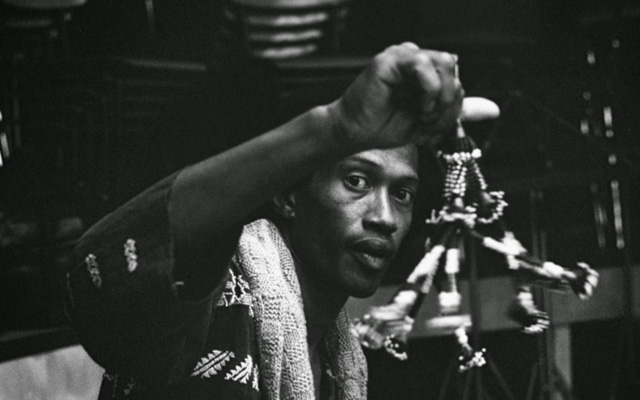 Big names on the marquee don’t always bode well for the results, especially in a performance that almost didn’t happen the way it was envisioned. But there must have been ‘something in the water’ at Jazzfestival Willisau on August 30, 1980; something that not only brought Don Cherry to Switzerland and onto the concert stage but lit a match and sparked the music on stage. However, the blinding electricity was not palpable from the horns of Don Cherry and John Tchicai, but also from the rushing, drunken arpeggios of Irène Schweizer, the dark rumble of Léon Francioli’s bass and the explosive drumming of Pierre Favre. 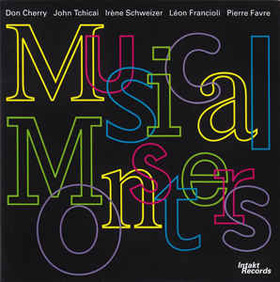 Listening to the tapes just before their release on disc Irène Schweizer is said to have noted how fresh and contemporary the thirty-six year-old performance sounded in 2016. In many respects the freely improvised music created in Europe twenty years after Ornette Coleman and Don Cherry opened the world’s ears to the ‘shape of Jazz to come’. Irène Schweizer, Léon Francioli, Pierre Favre and others these musicians had already been taking giant steps of their own – reimagining Wagnerian opera, French impressionism, the ‘modes of limited transportation’ of Olivier Messiaen and the groundbreaking work of Karlheinz Stockhausen’s electronic music, aleatory serial composition and musical spatialisation – and creating their improvised volcanic eruptions. It was only a matter of time when the paths of American Jazz visionaries, with a tonal bent such as John Coltrane’s, Albert Ayler’s, Eric Dolphy’s and Don Cherry’s and Steve Lacy’s, would collide with the Europeans’.

This set of Musical Monsters is really an extended composition based on sketches provided by all the performers on this date. It calls to mind not only the echoes of African polyrhythms and the marching bands of New Orleans, but the retelling of the tonal expansions of Schönberg and the rhythmic adventurousness of Stravinsky, all of which was melded into self-sustaining range of emotional states of sound. In thrilling soli and in tempestuous ensemble passages the musical suite seems to have congealed into a contiguous whole. It offers comparably more drama than most music of the day in the taking of greater musical line by Cherry and Tchicai. Meanwhile Irène Schweizer’s, Léon Francioli’s and Pierre Favre’s readings are mercurial, by turns breezily lyrical and sombrely brooding, evoking at once, European musical geometry and a certain American optimism.

One may find brasher, bouncier free improvisation on disc but the breathtaking imagery that is brought to life by Don Cherry’s climactic wail, John Tchicai’s elemental alto shrieks and vocalastics, together with the unforgettable poetry of Irène Schweizer, the rhythmic expansiveness of Léon Francioli and the percussion colouring of Pierre Favre guarantees lasting satisfaction in the decades to come.