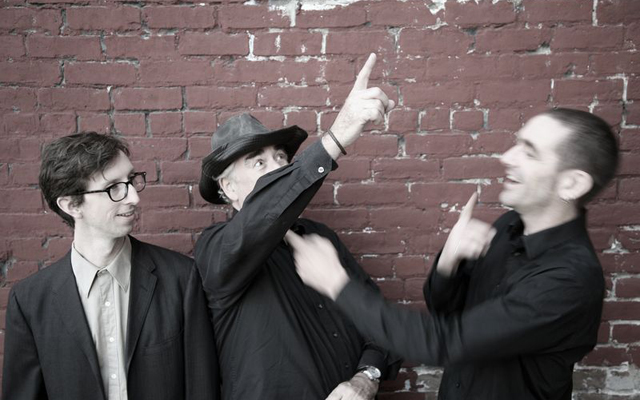 Ever the iconoclast, Fred Frith has broken every rule in the playbook of the guitarist. He doesn’t spare ‘the horses’ on Another Day in Fucking Paradise. Adding vocals to his murderous stabs of the guitar, Frith’s aural topography takes on a unique, dark visual dimension approaching at times, the quintessence of Germanic expressionism reminiscent of the insane hypnotist in The Cabinet of Dr. Caligari. It is, however, not unlike Fred Frith to busk every trend. The reality is that no trend can confine Frith as he makes simple yet intricate music that affirms the supremacy of the electric guitar both by itself and in combination with a double bass/electric bass and an ample array of drums and percussion instruments played by the equally virtuosic Jason Hoopes and Jordan Glenn respectively. 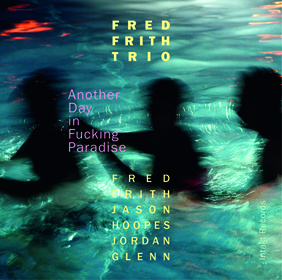 This programme features varied, arresting, original music by Frith. Arranged by mysterious happenstance on this disc Another Day in Fucking Paradise is a mesmerising, dazzling, often momentous almost hour-long slice of life in an urban landscape through which the composer’s own sounds seem fated for sublimation into a digital cloud. Frith’s ‘Only Light and Shadow’ epitomises that expressionist 1920 film by Robert Wiene as the song creates a world of levitation, reanimation and even death so vivid that the sounds the instruments make assume personalities as if they were characters depicted in that sinister film. However ‘The Sleep of Reason’ scored for manic dystopia suddenly turns almost endearingly both fanciful and romantic. And in ‘Phantoms of Progress’ screeches and keening wail might be heard in the daring contrasts in energy levels between the music’s continuous sections.

‘The Ride Home’, which comes right after ‘Phantoms…’ is a highly persuasive ghost-addicted bluesy riff just 1 minute 46 seconds long with some wonderful playing by the trio haunted by insinuating, expressive angularity. Throughout the performance guitar, bass and drums is an attractively dense block of sound making its somnambulant way towards a blurred yet radiant light. The crack, idiomatic performances bode well for a possible follow-up to this insightful presentation for three extravagantly creative musicians employed in making music like we’ve never heard before.

Track List: The Origins of Marvels; Dance of Delusion; Poor Folly; La Tempesta; Glimmers of Goodbyes; Yard with Lunatics; Only Light and Shadow; The Sleep of Reason; Straw Men; The Deserted Garden; Schlechtes Gewissen; Phantoms of Progress; The Ride Home.