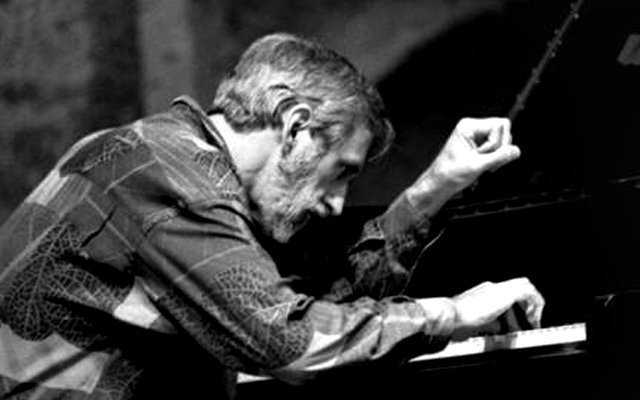 On Remembering Miles Denny Zeitlin takes all the measures of what makes pianism great and relocates them to another rarefied realm. As we listen to Mr Zeitlin deconstruct songs written by Miles David, or by others appropriated by Mr Davis through performance everything that we thought about piano performance as a benchmark is altered – forever, it would seem – as is the case almost every time Mr Zeitlin sits down to play. But not just with the music of Miles Davis; Mr Zeitlin has altered the context and the landscape of his instrument with every recording he has made in the decades that he has been a performing and recording artist.

It’s hard to understand why some musicians are able to do this and not others – and yes, not even Keith Jarrett and Herbie Hancock it would seem – but it’s a fact; just as the case of Sergei Rachmaninov, Arthur Rubinstein, Vladimir Horowitz and Van Cliburn or Fredrich Gulda and Martha Argerich and Art Tatum, for instance. Like the latter Mr Zeitlin has never seemed to lose the kind of child-like sense of wonder with which he approaches music to begin with. 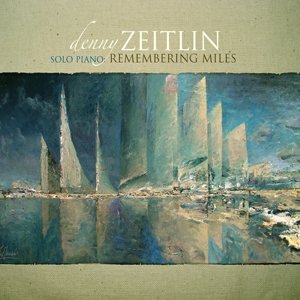 It’s something like the relationship a child has when viewing the moon for the first time for instance – wide-eyed and open mouthed; then setting upon that faraway place and conquering it with equal parts abject and intellectual wonder and the studied ingenuity of an éminence grise; qualities Mr Zeitlin has in spades.

Like Mr Tatum, Miss Argerich, or like Jimi Hendrix, Charlie Parker and – as the subject of this recording – Miles Davis, Mr Zeitlin belongs to that rare breed of performers of genius who have a natural rapport with their instrument. When he plays a piano, it is no longer a piano: it is a violin, a harp, a clarinet, a trumpet, or a whole crashing orchestra together. This is what makes Mr Zeitlin’s solo performances so compelling. Small things give this away: the glittering and dazzling arpeggios combined with dazzling keyboard runs that Mr Zeitlin plays – on “Solar”, for instance, with right and left hands (no less); or the manner in which he begins a seductive conversation between melody with the right hand and harmony and rhythm with his left hand on “Dear Old Stockholm” and “So Near, So Far”. The dyads, triads and other pianistic gestures also come fast and furious on other songs such as “Flamenco Sketches”, “Lament” and also on “The Theme”.

Mr Zeitlin has taken some of Mr Davis’ best-known repertoire spanning decades and literally sings each one of these songs with complete naturalness, for there is nothing contrived or attention-seeking about his approach; no trying to make such well-known repertoire fit into his piano or his pianism; indeed musicianship overall. Also, his traversal of this music is instantly spellbinding for all the right reasons. Where many dive headlong into the music of Mr Davis, Mr Zeitlin is more measured, though he delivers plenty of virtuosity as the charts unfold. Along the way, Mr Zeitlin also shows that even if he is one for slow tempos these flow without a hint of indulgence as in “Lament”. He also stresses the constantly shifting modernity of Mr Davis as in the two versions of “Milestones” as well as with “Time After Time”. Everywhere Mr Zeitlin strikes a compelling balance between volatility and elegance, while maintaining the intuitive sensibility of a Jazz artist.

If by the end of this recording, when after the magnificent “Weirdo” the finale sounds both like a ghostly “wind over the graveyard” as well as like an extended sigh of the record’s dénouement – Mr Zeitlin summing things up with another acknowledgement of Mr Davis’ forward-thinking vision we are left somewhat open-mouthed (again) and breathless it is because the pianist’s ability to address our inner-selves as listeners. However, as with this recording it will take yet another by the remarkable Mr Zeitlin to recall his great artistry simply because we are human and our memories are limited and short.