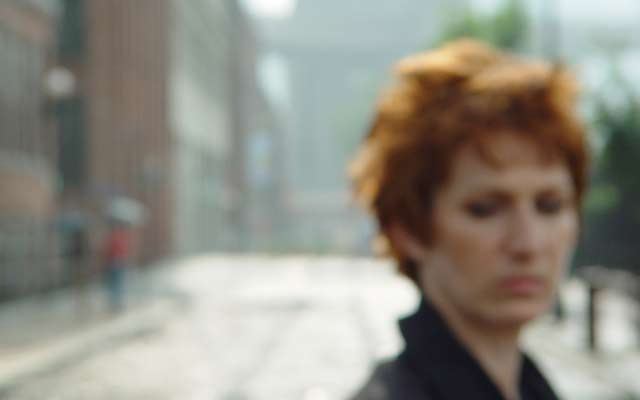 The proclamation that Deborah Latz continues her mission to discover music would not be out of place here. sur l’instant could well be construed as something done on the spur of the moment as the title suggests. But that would be a wrong assumption to make, for whenever Ms. Latz decides to make a record, she is deadly serious about her purpose. From record to record—from Fig Tree to this record, for instance—she mines the depths of music. A song like Abbey Lincoln’s “Throw It Away” is not there by chance. The performance is almost sacred. Not only because the profoundly beautiful version of the song is a tribute to a musical guru, but because it is a tribute to music itself. 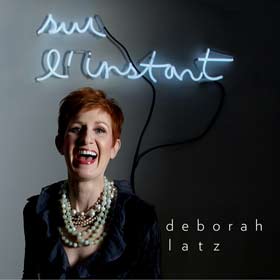 It will remain a mystery as to why a vocalist such as Deborah Latz lies neglected, in the shadows of more favoured contemporaries. Perhaps I too may be guilty of such crimes and misdemeanours when it comes to Ms. Latz and a handful of others. But there will be no such mistake going forward. There can be few more raptly compassionate musical statements than the songs on this disc. And I am delighted to report that these keenly poetic, at times daringly spacious and shrewdly observant accounts finds Deborah Latz and the combined forces of her trio are operating here at the top of their game. Both commanding in technique and gilt-edged in tone Ms. Latz makes a worthy successor to the queen of them all, Abbey Lincoln (on “Throw It Away”) and to the heartbreakingly beautiful Judy Garland (on “Over The Rainbow”).

Deborah Latz may not quite possess the sublime gift for illuminating the text as Ms. Lincoln, but her involvement is total; indeed, her heart-rending delivery of the transcendental middle passage in “Throw It Away” with its unforgettably poignant switch into the major; or her stellar account of “Weep No More” will not fail to bring a lump to the throat each time it is heard. If anything, with pianist Alain Jean-Marie and bassist Gilles Naturel at the helm of instrumental affairs, there is an even greater understanding of the music’s entrancingly organic flow but as always there is a very special light that shines on the crown of Deborah Latz as she demands to be heard above all else. It must, however, be reiterated, that M. Jean-Marie and M. Naturel also give marvellously perceptive renderings of “Blue Monk” and “Nature Boy”; of the latter there has rarely been a more arresting performance than this.

Riches aplenty, then, and the majestic performance of North and Callier’s “Love Theme From “Spartacus” that opens the proceedings is surely the icing on the cake. Yusef Lateef (1961), Bill Evans (1963) and Ahmad Jamal (1975) all gave of their very best in this luminously textured score—and so too does Deborah Latz, who draws a thrillingly fervent and superbly confident response from her meticulously prepared cohorts—all of whom might draw enthusiastic applause in a live performance at any venue anywhere in the world. The juxtaposition of sensuousness and decorum, the tasteful piano and bass accompaniment subtly supports the singer’s moulding of a solemnly beautiful narrative.

Deborah Latz’s attention to texture and matters of accentuation is what defines her most compelling characterisation in these performances. She carries each song with unfailing colour, vitality and genuine emotional investment. No one doubts Ms. Latz’s profound identification with the songs on this disc which is emblematic of her extraordinary talent as a storyteller and vocalist. For this and many other reasons all espoused in this essay I, for one, will always look forward to the next surprise from this chanteuse.

Track List: Love Theme From “Spartacus”; Throw It Away; Weep No More; All The Things You Are; Four; Blue Monk; Mr. P.C; Nature Boy; Over The Rainbow

New York-based jazz singer, songwriter, arranger, and actress Deborah Latz is brimming with musical discoveries and brings a fresh sound to every performance. Displaying a wide ranging talent, Deborah can move from a deep and soulful ballad, to scatting on a bebop tune, to trading fours with a hip hop artist, all the while delighting audiences with her personal warmth and consummate musical skill. Read more…