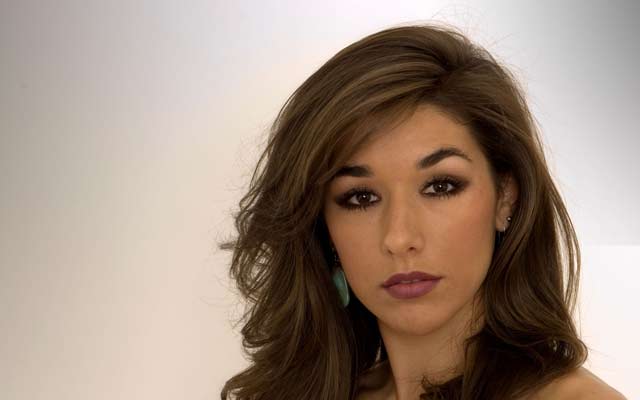 There is something enchanting about the vocalastic melismas of this album that open it up to a wider circle of listeners that simply want to cruise through an album. Thana Alexa’s record, Ode To Heroes has been remarkably well put together. It is intelligent in an unself-conscious manner. This is a disc with intriguing slants on music that we certainly know from elsewhere and in other manifestations and incarnations and the connections are explained in the booklet-notes. But it also contains “Ode To Heroes,” an original work by Ms. Alexa, whose credentials as a composer have been immediately established to earn it a distinguished place in the programme. But this song does not define the whole album. There is much more to go through and I do just that. My listening completed, I thought to myself: this has to be one of the finest vocal albums released this year. 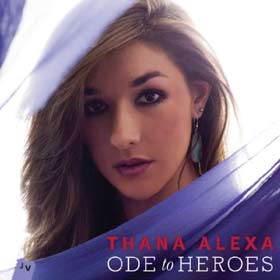 The album has done its job and I am duly impressed. It is frank and engaging. It is the work of an empowered singer who truly believed that nothing here would be of secondary importance. Thus stripped—or, in this case, embellished—you can tell, right from the first bars of the first tune that interpretational fervour is of high priority here. This is a hunch that is magnificently borne out not only by the title song, but a host of others here. “The Wanderer”, a take on Charles Mingus’ “Goodbye Pork Pie Hat” and Paul Desmond’s “Take Five” come immediately to mind. The incisive cut and thrust of this beautiful soprano, whose singing you might say, informed of the equivalent of gorgeous colouratura—is matched by the equally intense contribution of the band. Although there are many luminaries, including the celebrated drummer and husband of the vocalist: Antonio Sánchez, the saxophonist Donny McCaslin and the ubiquitous Lenart Krecic.

Tempi are swift throughout and where appropriate, swift but never reckless. Sometimes there is ominous aggression built into the songs. This could be a feminist sort of thing, but it is attractively cast in blood-edged clouds that is darkly thrilling especially because of the donner und blitzen of Antonio Sánchez’s drums and cymbals sounding away as if rallying the troops to a ferocious musical attack. But that is not all we hear of Thana Alexa. Inevitably the music živahni melts into passion, both quintessentially mingled into the lyrics and where written by Ms. Thana, in the music as well. All this indicated that the singer is also full of reflectiveness, longing and lost love or childhood innocence. Here Feminism gives way to femininity. And that is always an attractive aspect in a woman.

Despite the suggestion that Alexa Thana may be ‘foreign’, Her English songfulness is sublime. Her tone is sweet and gently rounded, and best of all, her diction is crystal-clear, her phrasing always thoughtful. Spinning a rapt, sustained line, she movingly catches the twilit melancholy in songs where sadness is required, aided and abetted by the ever-sensitive musicians who surround her. Her loveliest performances are defined by floating, ethereal music that soars above the arrangements with not only diaphanous accompaniment, but also provocative tempi. I hardly need add that Joe Locke’s short note is as discerning and illuminating as the singing.

Track List: Ode to Heroes; Trace Back Your Footprints; Ghost Hawk; Groove Tune; Siena; In a Mode; When Evening Comes; The Wanderer; take Five; M’s Lullaby; You are not Alone.

By the time an artist discovers their own voice, they’ve inevitably been shaped by countless influences. On her debut album, Ode To Heroes, vocalist Thana Alexa pays tribute to the personalities both personal and musical who have impacted her on the path to forging her own distinctively individual voice. It’s a telling list that encompasses her own family; jazz giants like Wayne Shorter, Charles Mingus, and Paul Desmond; and the stellar musicians who collaborate with her on the album, including drummer and coproducer Antonio Sanchez, saxophonists Donny McCaslin and Lenart Krecic, bassists Jorge Roeder and Scott Colley, pianist Sergio Salvatore and vibraphonist Christos Rafalides. Read more…