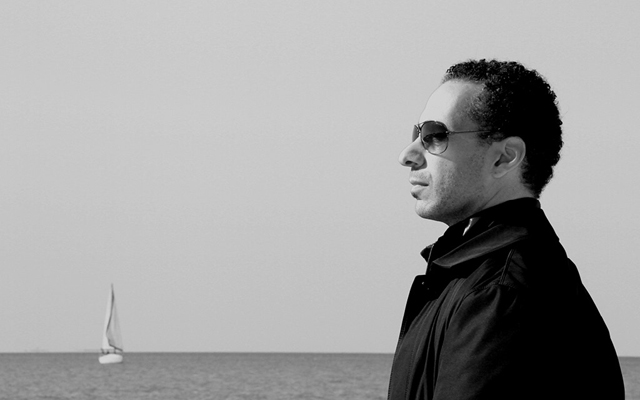 There are moments on this David Gilmore recording, Transitions, when I was getting goose bumps all over the place. And it was not from the cold although somehow, listening to the music in the cold, wet weather of early Canadian Spring does give it another kick. The feeling you get during “Spontanuity”, for example, is so hot that it makes your body feel something. And the fact that it is so cold outside, there’s frost on the window pane maybe even amplifies the experience.

David Gilmore is on song. He is raising Cain on the guitar; creating a sound which penetrates your stomach. The way he produces that sound, it’s almost like it’s coming from inside him. And he is enjoying himself as he explores the different sound qualities on the various guitars he plays – a solid-body electric mostly, 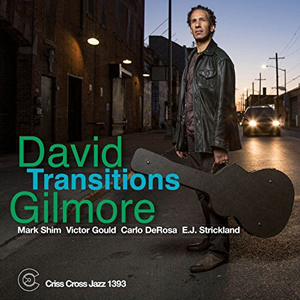 but a magnificent specimen of an acoustic on “Kid Logic”, which he occasionally plucks during the song, creating a soft sound like a harpsichord, and then he does another magical thing on “Bluesette” and suddenly the guitar sounds like a grand piano.

It seems that on Transitions anything that David Gilmore imagines in his head he can play on the guitar. The sounds have been imagined long before they have been played, of course; when Gilmore imagined the material that he is playing here; worked out chord changes and rhythmic changes There’s occasional counterpoint, with the young pianist Victor Gould and tenor saxophonist Mark Shim – most beautifully with the latter on “End of Daze” – and with vibraphonist Bill Ware on Bobby Hutcherson’s “Farralone”, a song that Gilmore makes his own in this exquisite interpretation here.

In the hands of David Gilmore, this music is a living thing. As in Hermeto Pascoal’s beautiful “Nem un Talvez” so also elsewhere on Transitions. Right out of the gates, one senses that each performance will have its own individual character and so it is. Moreover, Gilmore values musical character over sheer brilliance, showing a strong feeling for the drama of the melody in the liveliest manner as he captures its full character in each case. In “Kid Logic” he embraces the music’s playfulness, its occasional moments of lyricism and the times when attack is needed.

And when it’s time for someone else to solo he is happy to retire from the foreground and play a titular role. Here too he is just as enthralling, even where he has to collaborate with the tenor saxophonist, pianist, harmonica or the vibraphone player, who share the melody. And always David Gilmore does so with the discretion and impeccable taste of a master musician.