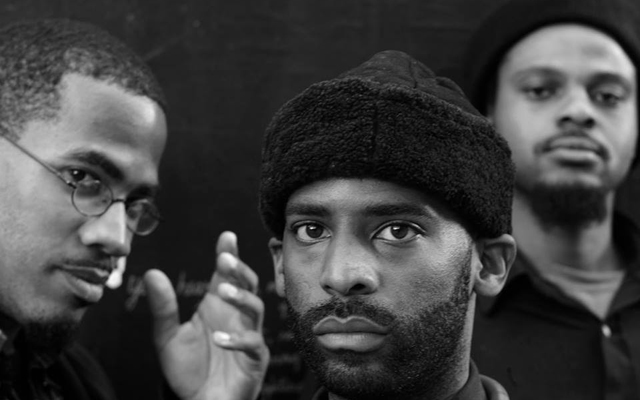 The title No Filter suggests that James Brandon Lewis has stepped on the gas, given his music maximum power and is holding back. Judging what bassist Luke Stewart and drummer Warren G Crudup III have brought to the party, one assumes that they too have held nothing back. For Lewis, however, it is par for the course. The music on all three of his previous albums has sprung from deftly constructed contrapuntal explorations fueled by a stylistic and emotional cornucopia of contrasts, carving his rhythmic tastefulness with a strong-toned, easy fluidity and immaculate technique.

Seven years after Moments, his first release, James Brandon Lewis has raised the bar on his prodigious musicality, drawing into his orbit vocalists P.SO the Earth Tone King and Nicholas Ryan Gant, and guitarist Anthony Pirog. And although this album is just six challenging songs short, the trio and its guests manage to make the album feel much longer. That fact alone is not the only reason why 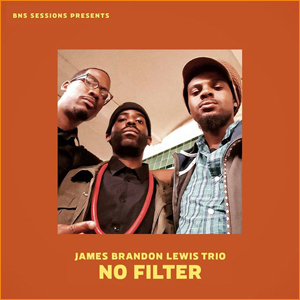 James Brandon Lewis deserves credit for this effort. In perfectly shaping each piece to the nuances and dynamics of his instrument, Lewis has produced a stunning, and a very truly extraordinary recording.

James Brandon Lewis’ music is essentially tonal but a lot of the chord sequences shift gear up or down a semitone. Easy enough on the piano but exceedingly and diabolically tricky to execute on the saxophone without an unsolicited snap or buzz from the buttons. You wouldn’t know it from listening to Lewis, however. From the crystal-clear articulation of “Say What” which announces its arrival powerfully with its opening chord statement to the deafening stillness which greets the end of “Bittersweet”, James Brandon Lewis does not put a foot – or hand, for that matter – wrong. One would expect nothing less from a saxophonist whose startling musicianship hold much promise for his future.

Much of Lewis’ brilliant playing, aided by an excellent recording by Daniel Schlett, is transferred to the music by his trio and guests. The vocals of the Earth Tone King and Nicholas Ryan Gant bring both raw energy and atmospheric study; especially in Nicholas Ryan Gant’s wordless, echoing falsetto of “Bittersweet”. The Earth Tone King favours an altogether more visceral form of vocalastics in his swaggering rap. Remarkably Luke Stewart’s bass lines are curved and delicate, and the understated elegance of the music is also championed by drummer Warren G Crudup III and guitarist Anthony Pirog.

This is a quite flawless record from music to packaging. I also consider myself fortunate to have received a copy which features a black and white photograph of the trio from end to end and corner to corner; no orange background; just an appropriately severe black and white shot of the trio.