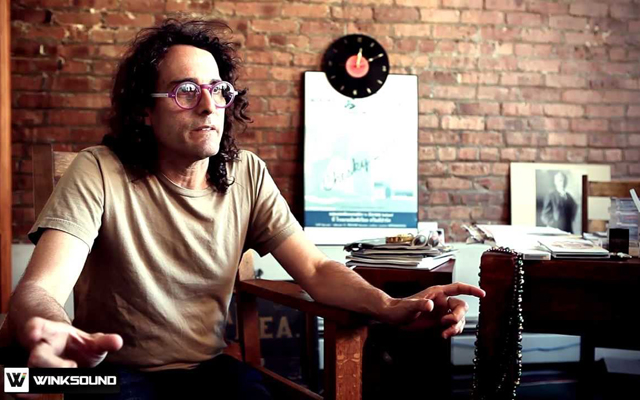 The revolutionary evolution of David Chesky as a composer and a pianist from his earliest years as a performer to the years 2016 and 2017 when he wrote both the Venetian Concertos and now these Piano Concertos 2 & 3 seems to have reached a new high water-mark of a neo classical style that bestrides a period from the baroque to the “school of music” without a tonal centre as first evidenced Franz Liszt’s Bagatelle sans tonalité of 1885, but more properly music of the twentieth century harmonic atonality began to be applied to pieces, particularly those written by Arnold Schönberg and The Second Viennese School. 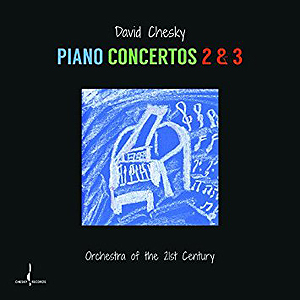 Concerto No. 2 and Concerto No. 3 for Piano and Orchestra together are among Mr. Chesky’s most original and entertaining works. Conceived to mirror not only the sonic universe, but also the ambient musical topography of New York itself, the works are built around the collision of conflicting personalities – created by the multi-ethnic language that constantly echoes in the underbelly of New York like an incessant drone. The score that pits Mr. Chesky’s ears “against” the backdrop of the aural universe of the city is heard in the juxtaposition of the contrapuntal voicing of Mr. Chesky’s piano and the “drone” of orchestral strings, with orchestral percussion that creates the colourful diphthongs that provide the dramatic accents that add the stresses and relaxations of this Babelesque aural palette.

But let’s not forget that Mr. Chesky is, at heart, a musician immersed in the sonic universe of Jazz. This is why in the denser movements of “Concerto No. 3” his piano arrives to be integrated into the orchestra sounding like a baroque concerto gone mad. The rhythmic pulse generated by the tuned percussion (xylophone) in movement 2 of the “No. 3” marks time in a museum at a fascinating moveable exhibit seemingly made up of clockwork instruments all running at different speeds, like an assortment of feet shuffling on sidewalks and on streets as if to continue in the vein of his imagined metaphor of “a sonic collision in multi-cultural New York”.

The complexes of what seems like simultaneous musical events – announced by the stabbing rhythm of this music in the finale of movement 3 of the No. 3 makes for a most dramatic manner in which Mr. Chesky and his piano accelerate to a vanishing point in his musical universe as the effusive lyricism of his composition builds to a crescendo against complex pulses like an insane metronome from which piano and the rest of the orchestra surge to the dénouement of this vivid music.