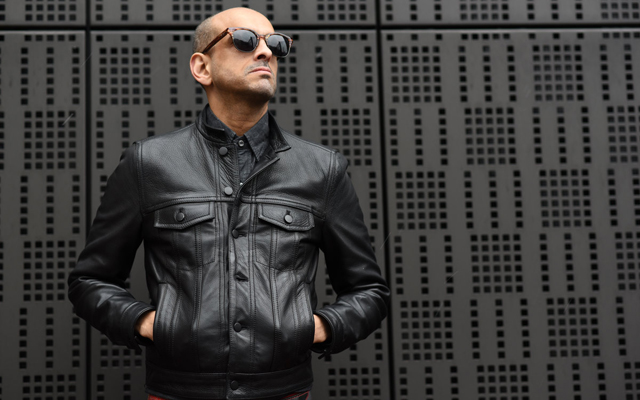 With so much repetitive sounding and staid 21st century music to choose from it’s refreshing when a disk turns up with music by the saxophonist and flutist Sean Khan; music that mixes a driving beat with fierce virtuosity and wild improvisation as what’s on Palmares Fantasy. It’s also becomes impossible to resist when you know that it features the man known across the civilized world as O Bruxo: Hermeto Pascoal which is when you get what you’ve never expected even though Mr. Pascoal plays instruments such as the Fender Rhodes keyboard, piano and melodica. But then he also sings whilst gargling his way through a glass of water.

While Hermeto Pascoal is irrepressibly himself, playing music with wittily economical piano and Rhodes melodies such as on the roistering “Palmares Fantasy” and the gently argumentative song appropriately entitled “The Conversation”, with his unique blend of Brasiliana and wild inventions, Sean Khan is equally impressive countering with his own unique music. Mr. Khan’s most impressive output here 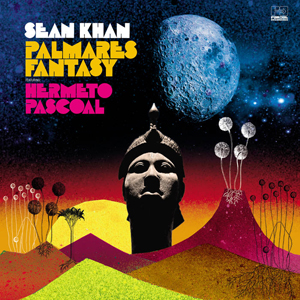 displays the compelling originality that sets him apart from other musicians of his generation, of the British Jazz clan. Not for him relentless torrents of notes, honking riffs and biting attack; his trademark is his “round sound”, lithe and elegant as well as warm and swinging.

Plus there’s the tantalizing symmetry of his lines – whether played on a keening soprano or sounding just as imploring on the alto saxophone – which set off in wrong-footing directions and unexpected turnarounds, but always landing exactly right, with their own fascinating rhythm. His tone is warm even when what he “sings” about is forlorn as in “Moment of Collapse” and, indeed in “Palmares Fantasy”, a song in praise of freed slaves, and he is full of hope in “Montreux”. Ever the contrarian on “Your Way Not My Way” he is nevertheless supportive of the seductively brilliant Heidi Vogel, whose voice had already set the music afire on “Moment of Collapse”.

The proverbial fire of the music is really unquenchable. It certainly sounds that way in the voice of Sabrina Malheiros, in the smoky strains of the string quartet, in Cliff Korman’s pianism and most of all in the insistent rhythms of drummers Laurie Lowe and the masterful work of Ivan Conti, and in the frenetic percussion colourings of Fabio Pascoal, who is particularly brilliant with the triangle on “Palmares Fantasy”. Adding the remarkable bass line melodies – soft, in the case of Dario De Lecce and dark and hard at Paulo Russo’s fingertips one feels the satisfying rumble in the guts, where this often-visceral music has maximum impact.