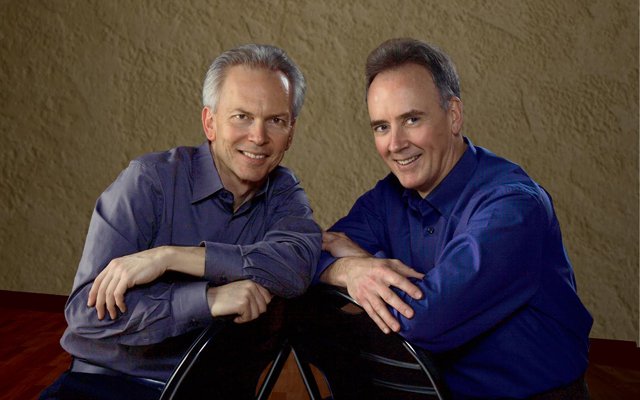 Pathways is an exquisite selection of Dave Anderson’s most beautiful, autumnal music played in a dup setting with percussion colourist Mike Wingo. The repertoire is warm and lyrical, and it showcases the virtuosity of both musicians who play with equal parts intelligence and passion. This unselfconscious performance is often meditative and joyous, with proverbial nods to both tradition and modernity. The music is replete with the richness of ideas, invention and feeling, expressed by both pianist and percussionist as they toss phrases between each other, developing each without inhibition. 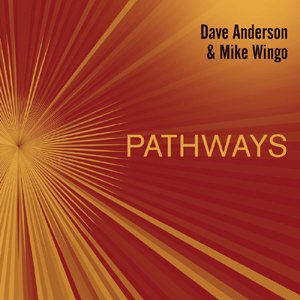 Neither musician calls the shots, so to speak; rather each takes turns to provoke the other into expressing himself by way of developing on a musical idea. Mr Wingo brings much to the music by way of rhythmic invention. In choosing which instrument he will accompany the pianist’s melodic and harmonic lines he adds a colourful and – often magical – textural dimension to the music. Mr Anderson has an exotic virtuoso style and this is often displayed through the progressive strands of his compositional development. While there may not be loud pronouncements, Mr Anderson’s quiet pianism is often punctuated by a cadenza full of rhapsodic arabesques.

By employing several kinds of frame drums throughout, Mr Wingo brings much exotica to the music himself. In doing so the music often veers outside the confines of Western modes and into music whose architecture is built on undulant Middle Eastern Phrygian Modes. This kind of variation comes when you least expect it – as in “E♭ Minor Motion”, for instance. It is sudden musical diversions such as this that makes for a very interesting and memorable programme.