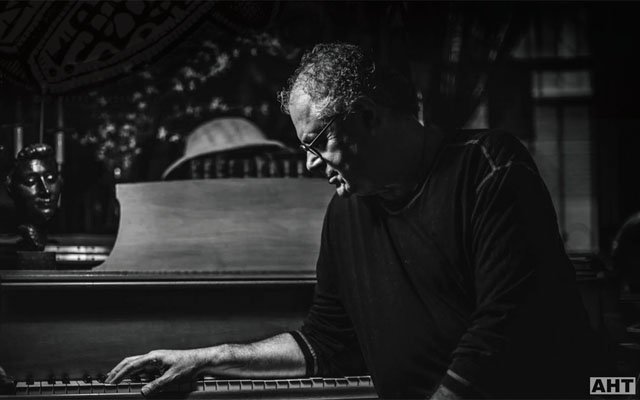 Anything that Wayne Alpern sets to music always has his imprint on it. Well… almost anything, in this case, because Scarab is an album of Beatles music, which Mr Alpern just happens to have arranged – or “re-arranged”, depending on who you talk to, of course. One thing is almost certain though and that is that Mr Alpern is in no doubt as to the uniqueness of the Beatles oeuvre, which is why he has not only doffed his proverbial hat to the legendary Fab Four but also entitled his tribute Scarab. 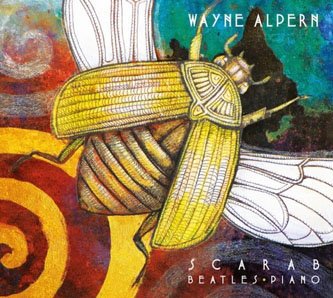 Truth be told the whole album is a metaphor for the scarab, which, according to the ancient Kemeticism of Egypt, was a revered a symbol of immortality, resurrection, transformation and protection much used in funerary art. The life of the scarab beetle revolved around the dung balls that the beetles consumed, laid their eggs in, and fed their young represented a cycle of rebirth. And so in keeping with the quasi-sacred nature of Beatles music, this album is an exquisite proffering by Mr Alpern. However, the music, reimagined here is also a mirror of Mr Alpern’s own genius. What, you may ask, is that genius and how is it manifest?

Mr Alpern’s musical conception hinges on his ability to create music that is orchestral and dramatically charged. On Scarab, in keeping with the characters, their moods and narratives of the original songs, of course, Mr Alpern bends the melodies according to emotions that ensue. But Mr Alpern heightens these emotions re-casting the originals with deeper, clearer [less pop-inclined] emotions that could be bittersweet [in a classical sense], as in “Eleanor Rigby” or “Lady Madonna”, for instance; or wistful as in “Nowhere Man” and “When I’m Sixty Four”. Or he simply revisits the elemental beauty of “Blackbird”.

But wait a minute: the pianist who makes all of this happen according to both the Beatles and Mr Alpern is the inimitable pianist Billy Test, who many will know from his many epic performances with the great WDR Big Band. Mr Test is a terrific pianist; a prodigiously gifted virtuoso and he plays this music with customary flair and imagination. He is completely up to the demanding and brilliant arrangements of this re-imagined music and his pianism shines with solitary splendour. In fact, more than once, you will – as I did – feel that this is as much his disc as it is Mr Alpern’s, or the Beatles’ for that matter.