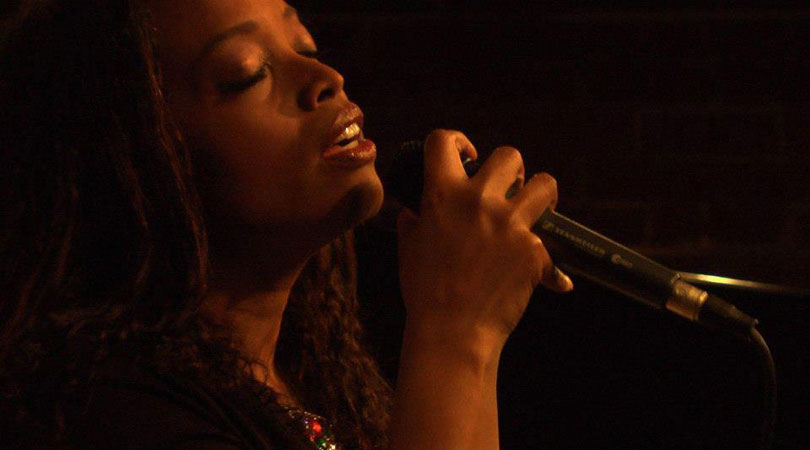 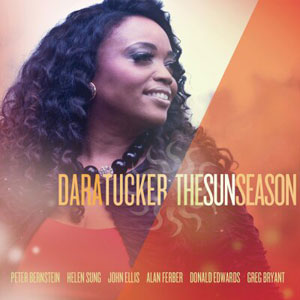 The Sun Season is an enormously uplifting album. At first blush it might give the impression that the recurrence of the sun motif might be a little overdone, but in actuality the metaphor never tires and much—if not all—of this has to do with the breathtaking voice of Dara Tucker. Hers is a husky, sensuous voice that captivates time after time, song after time—most memorably beautifully on Harold Arlen and “Yip” Harburg’s “Over The Rainbow,” but exquisitely throughout as well. Hers is a light, floating voice that seems cut out for breathy vocals as well as those songs where the lyric calls for a soaring sensibility. This is because Dara Tucker steps into her songs with personality and strength of character. This is rare for someone this young and relatively experienced and might be a result of a producer who takes the pressure off the star by shouldering much of the responsibility of the music on the record. However, Ms. Tucker seems to have much more gall than that and her maturity comes from having a firm notion of who she is and where she stands in the greater order of things. This too is a sign of maturity and confidence; something that Ms. Tucker has oodles of.

There is also a lounge-like intimacy on this recording. That is largely Ms. Tucker’s doing, but here is also a recording with a sextet that listens with very large ear, to a man and a woman. The soli here are short and unpretentious and never overshadow the star of this recording—in this case, Ms. Tucker. However, the musicians are just short of the spotlight near enough to make a huge impression with their virtuosity and yet stay out of the limelight so that Ms. Tucker can shine bright. There are not many recordings today that do this and do it well. Kudos must also go the producer of this date, bassist Greg Bryant. Mr. Bryant is a fine bassist as well. And then there are the performers themselves. Helen Sung is called upon the shadow of Ms. Tucker and she does so magnificently, with consummate piano skills and musicality too. For this reason Ms. Sung has to have the biggest ears on the date and this she surely has, while also showing off her pianism. Guitarist Peter Bernstein also plays magnificently in a quiet and unassuming manner as do reeds and winds player, John Ellis and trombonist Alan Ferber.

This is one of the most spacious sounding records heard in a long time too. Most of all it is a record on which Dara Tucker sounds positively luminous throughout. There is also the small matter of her being a good composer and she shows a penchant for thematic work with interesting motifs and vocal gesture that seems to be unpretentious yet full of secret melismas that seem to break through when least expected. Much more is expected of this talented musician and it is more than likely that she will not disappoint.

Track List: Time Is On Our Side; Sometimes Love; See It Always; Naïve; Beautiful Sun; The Morning Sun; Giants; Waiting For The Sun; Sun, See Through Me; Over The Rainbow; The Sun Suite (See You IN The Sun); The Nearness of You.

Jazz vocalist and songwriter Dara Tucker’s third studio project, ‘The Sun Season’ is a celebration of life, energy and the human experience. Tucker’s new project differs from her previous releases, ‘Soul Said Yes’ (2011) and ‘All Right Now’ (2009), in that ten of the twelve tracks that comprise ‘The Sun Season’ (2014) are original tunes with memorable melodies, rich harmonies and strong rhythms. These sensibilities are immediately felt on such tunes as “Sometimes Love,” “Beautiful Sun,” “The Sun Suite” and “See It Always.” Her gift of balladry, as evidenced on “Naïve”, and “The Nearness of You,” one of the albums two covers, reveal a mature singer with the wisdom to communicate the tender essence of love with a flair that is distinct and enveloping. Read more…