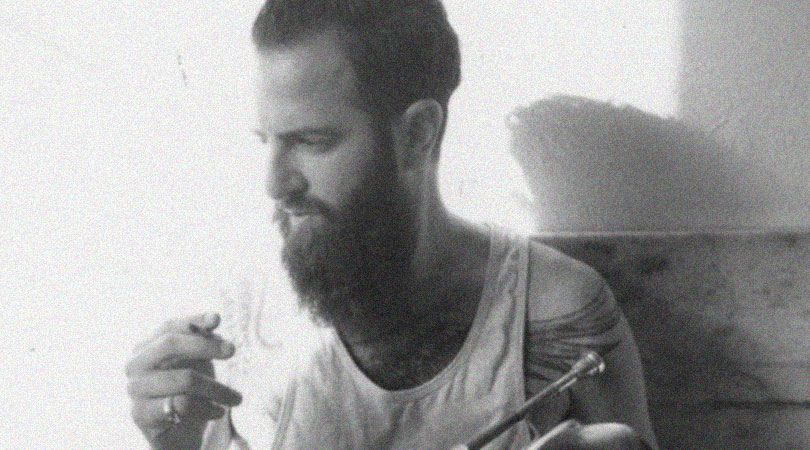 The trumpeter Avishai Cohen has been said to have been variously affected by Chet Baker, Freddie Hubbard, Woody Shaw and principally Miles Davis. But that is not the whole story. In reality the chameleonic Mr. Cohen is an amalgam of several historic figures subsumed into his own unique voice. And so he and every other trumpeter worth his salt should be, if they know their history and are interested in finding their centre of gravity, and arriving at their mark. Avishai certainly has and with Triveni, a rather mystical band, he comes into being. Those listeners who have bought and heard his earlier two Triveni records will know that the word “Triveni” refers to the confluence of three Indian rivers: the Ganges, the Yamuna and the mythical Saraswati; the latter river was said to exist in Vedic times and is believed to have gone underground and disappeared. This album, Dark Nights, while it does not make direct reference to that fact, certainly suggests a subterranean kind of sound. Using haunting electronic effects such as the Echoplex and the wah-wah pedal to ululate and create a mesmerising sound, Mr. Cohen even manages to push his bassist, Omer Avital and drummer Nasheet Waits into the same profoundly thoughtful state. The album in turn is given a beguiling tone that makes the music seem to hang heavily in the air surrounding the music like viscous tears on one of those dark nights. 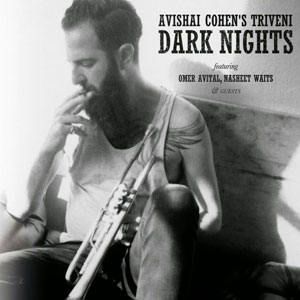 The music of this intensely beautiful album falls like diaphanous fabric on the musicians who respond with the brooding exquisiteness of their playing. The notes tumble down from the bell of Avishai Cohen’s trumpet in utter majesty. Voluptuous and plump ones from the vibrating strings of Omer Avital’s bass and the keen space separating the stuttering notes of Nasheet Waits’ drums are played with abject beauty. “Dark Nights” and “Darker Days” seem long and interminable as does some of the other music, especially the wondrous ballads that seem to echo in burnished splendour. The elemental melancholy of Charles Mingus’ classic “Goodbye Pork Pie Hat” seems almost tearful when the trio plays the splendid dirge. Most of the other songs are played with equal beauty before the effects return on the ghostly music of “Old Soul”. This time, as on “You in All Directions” carry the wafting sounds of Anat Cohen’s clarinet deepening the mood of the songs considerably with their woody murmurings. It would seem there is not a bright moment on the album, which might as well have paid homage to John Dowland than any of Mr. Cohen’s heroes, but there is a parting in the crepuscular clouds. Shiny Stockings appears in all of its puckish and sensuous glory. And in the soft, almost muted pinging of Gerald Clayton’s piano, the magnificent tenor horn of Anat Cohen and the delicate vocals of Keren Ann “I Fall in Love Too Easily” actually becomes an uplifting song.

The deep nocturnal languor of the album should not suggest that the music is all sadness and darkness. Rather the recording deserves to be heard as a trumpet singing in solitary splendour, courting imaginary beings, goaded on by the bass, drums woodwinds and voice of the guests. All of them seemingly bathed in soft light as they play their hearts out on ethereal gazebo in the night.

Cohen was born in Tel Aviv, Israel. He grew up in a musical family with his saxophonist siblings: sister Anat Cohen and brother Yuval Cohen (soprano saxophone). At the age of eight Avishai asked his mother if he could begin taking trumpet lessons. At age ten, Avishai began playing with the Rimon Big Band, He recalls “I had a box I stood on”. As a teenager Avishai toured with The Israeli Philharmonic Orchestra. Avishai attended the Berklee College of Music in Boston. After graduating from Berklee, Cohen went on to win 3rd place in the Thelonious Monk jazz trumpet competition in 1997. Cohen then moved to New York City where he began developing his music alongside Jason Lindner and bassist Omer Avital at Smalls Jazz Club…Read more…