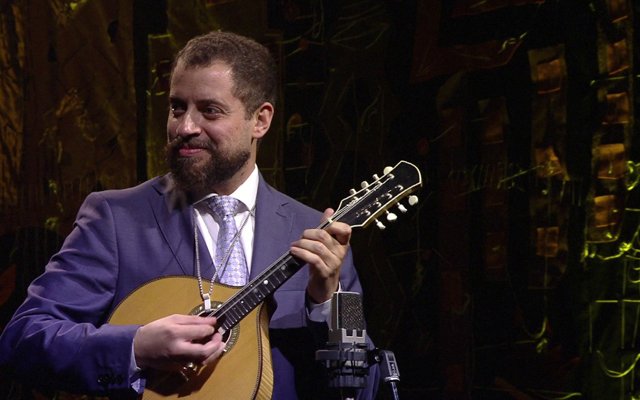 The tradition of the bandolim in Brasil is long and boasts illustrious practitioners and composers from Luperce Miranda, Jacob do Bandolim and Déo Rian, to Ronaldo do Bandolim and the younger generation of geniuses such as Armandinho, Henrique Cazes, Hamilton de Holanda, Dudu Maia and – a name that is growing in prominence: Danilo Brito.

Among the many reasons that Mr Brito is so little-known outside of Brasil is, of course, that Brasilian musicians seem content to serve their audiences in Brasil and somehow seem relatively less-interested in serving listening audiences outside the country (try to buy Brasilian music if you live outside Brasil and you’ll see what I mean). The other problem with reaching wider audiences is that costs of touring to promote the music and each recording is often prohibitive (it’s almost impossible to “sell” the idea of bringing a Brasilian trio to Toronto, for instance). Moreover, even online marketing platforms are poorly served by Brasilian labels and when they are served, it is often with prices that are eye-popping.

Still Mr Brito seems to have made some inroads into the world outside Brasil – thanks, in no small part to the tireless work done by discerning promoters such as the Michigan-based Michael Grofsorean of Música Extraordinária who has championed the cause of such brilliant Brasilian musicians such as pianist Heloísa Fernandes, guitarist Marcus Tardelli, pianist André Mehmari and, of course, Mr Brito, putting them on stages around the US.

Danilo Brito’s ability to convey – with memorable eloquence – dramatic narratives and poetic emotions of Brasilian music, especially choro, music that he has an abiding love and genius for is truly affecting. His virtuosity is breathtaking and as an instrumentalist he resides on a rarefied realm with Hamilton de Holanda. Seldom does the poetry of choro hang together so perfectly with the music’s unbridled technical demands as it does on Mr Brito’s bandolim. Even as his extraordinary fingerwork dart and flutter across the unforgiving strings the intimacy and emotional intensity rises into the air around the room where he is playing.

Mr Brito’s greatest strength is that he is able to inhabit the heart of Brasil in a way that is sometimes even like a nagual spirit. His music reflects this as melodies seem to shapeshift as he releases them from his instrument. The music that ensues becomes a kind of preternatural experience almost devoid of invasive intellectualism, in much the same way as Egberto Gismonti’s music is. It is this aspect of his musicianship that sets Mr Brito apart from almost every musician-interpreter of his generation. This is clear from the following two albums he released in 2019.

Danilo Brito | Andre Mehmari: Nossa BrasilYou probably couldn’t find more perfect bedfellows than Mr Brito and André Mehmari. The title of this album may appear overly nationalistic, but once the music begins you are quickly transported into the natural world of Brasil and its great tradition. The music of Ernesto Nazareth, Anacleto de Mederios, Garoto, Pixinguinha and others is presented with gorgeous, yearning themes exquisitely played by Mr Brito and Mr Mehmari. The music also develops with a certain architectural clarity. There is also a sense of drama I find distinctly (and appealingly) cinematic (i.e., naturally visual) in its evocation of mood and atmosphere.

In Mr Brito’s hands such music as “Floraux” and “Terna Saudade” is brilliantly interpreted, Mr Mehmari’s extraordinary tribute “Choro pro Guinga” – a magnificent tribute to one of the greatest composers alive is superbly played by both musicians. Listening to that music and Mr Brito’s composition “Tica”, it’s quite clear that the wisdom and flair of the previous generation of composers such as Mr Nazareth, Garoto, Pixinguinha and others has been gracefully received and meditated upon as, in the belief that music is a continually evolving tradition. 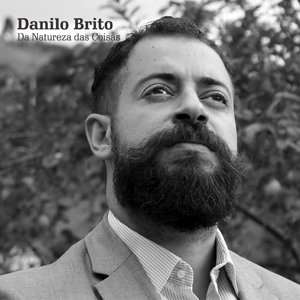 Danilo Brito: Da Natureza das Coisas This album does much more to delve into the heart of Brasilian musical topography with works that are teeming with activity. Everywhere – from the opening “Choro No. 1” to the closing “Las Fantasias” we find musical material that is built on short motifs as well as the kind of expansive, folk-inflected melodies that are associated with Brasilian choro. From the curtain-raiser by Heitor Villa-Lobos Mr Brito and his quintet introduce us to music that is passionate and suspenseful, right up until his own composition – a fantasy – with which he closes this album. The sheer poetry of “Jorge do Fusa”, which Mr Brito interprets on tenor guitar is splendidly affecting.

Throughout Mr Brito conveys a sure-footed pacing of the music as well as offers us a deeper understanding of the scores from which he and his musicians play. But at the same time, in Mr Brtio’s hands (and those of his accomplices) the notes leap off those very score sheets to pirouette and fly around the room with dizzying brilliance. Even in works (“Triste Saudade” and “Melodia Sentimental”) where meditative playing is called for the slower-breathed music comes alive with drama. Of course the faster music, such as “Pisa Mansinho” which is buzzing with counterpoint, is just as breathtaking both in pace and interpretation. All of this makes the album something to absolutely die for.